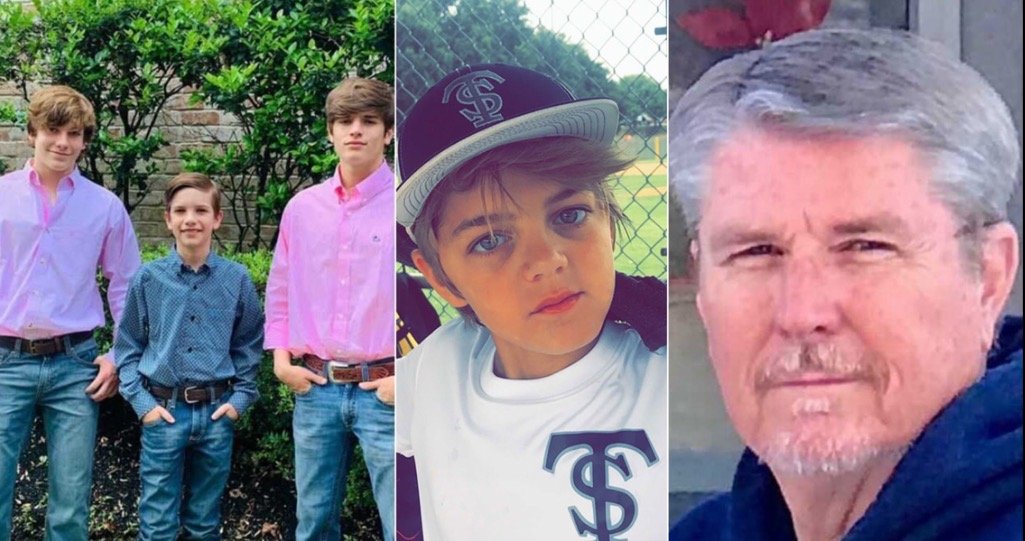 Mark Collins and his four grandsons were murdered by prison escapee

As previously reported, a Houston-area grandfather and his four grandsons were murdered on Thursday by a member of the Mexican Mafia who escaped from a prison bus three weeks earlier.

The convicted murderer, Gonzalo Lopez, was killed by police in a fierce firefight after a pursuit on Texas 16 on Thursday after a three-week manhunt.

Lopez was serving two consecutive life sentences for capital murder in Hidalgo County before he escaped the prison bus on May 12.

Mark Collins, 66, and his grandsons Waylon, 18, Carson, 16 and twins Hudson and Bryson, 11, were staying in a cabin when Lopez, who had been hiding out in a wooded area, ambushed them.

After murdering Mark Collins and his four grandsons, Lopez stole the Collins family truck and an AR-15 and sped off.

Police pursued Lopez and eventually caught up with him.

Lopez stuck his rifle out the truck window and fire shots at the police before crashing the vehicle down an embankment.

After the crash, Lopez emerged with the stolen firearm and engaged police before being shot dead.

According to neighbors, Mark Collins would never have taken his grandsons to his country house had he known Gonzalo Lopez was still lurking in the wooded area.

According to reports, law enforcement found evidence that Lopez was still in the area yet they never warned the community.

Police found evidence that Lopez had likely entered a home approximately 2,000 feet from the Collins’ cabin yet they never warned the community.

Now a grandfather and four of his grandsons are dead.

Neighbors say the Collins family never would have been at their weekend house if they were warned there was evidence that escapee Gonzalo Lopez was still in the area.
One person close to the Collins told me: “This is now a family wiped out.”
Grandpa and 4 grandsons murdered. pic.twitter.com/jdg9SwJszU