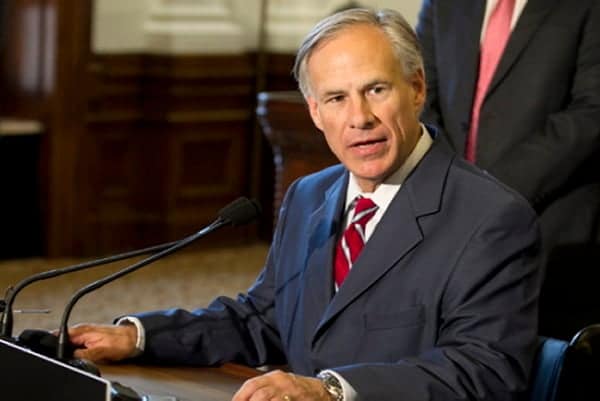 One Harris County race in particular is raising eyebrows.

Hidalgo’s top three staffers are under indictment and law enforcement booed her during a commissioners court meeting last month.

“I’m calling for an investigation into the widespread problems with the Harris County elections last Tuesday.” Abbott said.

“The allegations of election improprieties in our state’s largest county may result from anything ranging from malfeasance to blatant criminal conduct.” he added.

I’m calling for an investigation into the widespread problems with the Harris County elections last Tuesday.

The allegations of election improprieties in our state’s largest county may result from anything ranging from malfeasance to blatant criminal conduct.

“I’m calling on the Secretary of State, the Attorney General’s Office, and the Texas Rangers to initiate investigations into allegations of improprieties in the way that the 2022 elections were conducted in Harris County,” he said.

“Voters in Harris County deserve to know what happened. Integrity in the election process is essential. To achieve that standard, a thorough investigation is warranted,” he added.

The Harris County GOP filed a lawsuit against elections admin Clifford Tatum and Harris County on Monday after Abbott’s announcement.

Shortly after Abbott’s announcement, the Harris County GOP announced it had filed a lawsuit against elections administrator Clifford Tatum and Harris County.

Party leaders said found so many irregularities that they felt the need to file the 20-page lawsuit. They’re wondering if the issues were intentional and cited several issues, including not enough voting paper being at certain locations and voters being turned away.

The attorney representing the Harris County GOP said it potentially opens the door for those who are candidates on the ballot and who lost by a narrow margin to request for a new vote to take place.

Gov. Greg Abbott’s call on Monday for an investigation of Harris County’s elections is “yet another example of the political theater we’ve come to expect from our state leader,” Harris County Democratic Party Chair Odus Evbagharu said.

“We all know Abbott’s concern is not really the 2022 Midterm Election in Harris County. He’s got his focus on what’s next for him, and he’s hoping simply calling for an investigation will play out in his favor politically.

“It’s almost laughable that Abbott has demanded this investigation since he actually sent a team to oversee the Harris County elections last week. Was Abbott’s team ineffective? Will Abbott be investigating himself?

“Our biggest concern about this is that Abbott and other GOP state leaders are trying to criminalize election workers.

“These elections are run by volunteers who are civically engaged and actively participating in the political process, and under Abbott’s watch, election workers have been constantly under attack.

Republican voters in Harris County were disenfranchised last Tuesday after they showed up to vote at 8 pm but were turned away from the polling station.

After being told they could vote until 8 pm, the voters were told the voting time cut off was actually 7 pm.