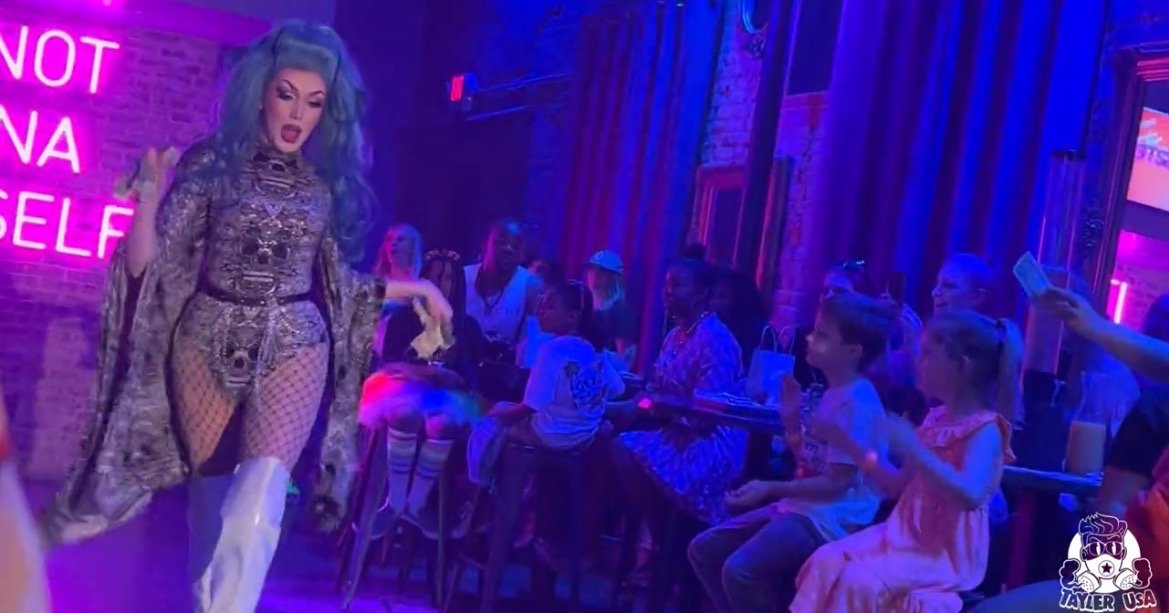 A Republican Texas lawmaker on Monday announced he will be introducing legislation to ban minors from attending drag shows.

State Rep. Bryan Slaton cited viral video of children attending a drag show at a 21+ gay bar in Dallas over the weekend.

“The events of this past weekend were horrifying and show a disturbing trend in which perverted adults are obsessed with sexualizing young children,” Slaton said in a statement. “As a father of two young children, I would never take my children to a drag show and I know speaker Dade Phelan and the rest of my Republican colleagues wouldn’t either.”

“Protecting our own children isn’t enough and our responsibility as lawmakers extends to the sexualization that is happening across Texas,” he added.

TRENDING: Exclusive: “THE TRUTH ABOUT JANUARY 6th” Documentary Premieres Today on The Gateway Pundit! Narrated by Political Prisoner Jake Lang from Inside Solitary Confinement! MUST WATCH!

Drag shows are no place for a child.

I would never take my children to a drag show and I know Speaker Dade Phelan and my Republican colleagues wouldn’t either.

I will be filing legislation to address this issue in the new #txlege . pic.twitter.com/R7NkX7ADBR

Parents brought their children to the 21+ gay bar on Saturday and cheered them on as they threw money at the queens.

Children were also invited to ‘walk the catwalk’ and perform with the drag queens.

Notice the little boy hangs his head in shame as he walks with the drag queen:

Children are invited on stage and walk with the Drag Queens pic.twitter.com/PGmt5oIxkD

One of the queens danced suggestively for the children after a kid gave him money.

The drag queen danced in front of a neon sign that read “It’s not gonna lick itself!”

A Drag Queen just dropped it low for a child and took money from them as well. pic.twitter.com/s7MJhLplzX