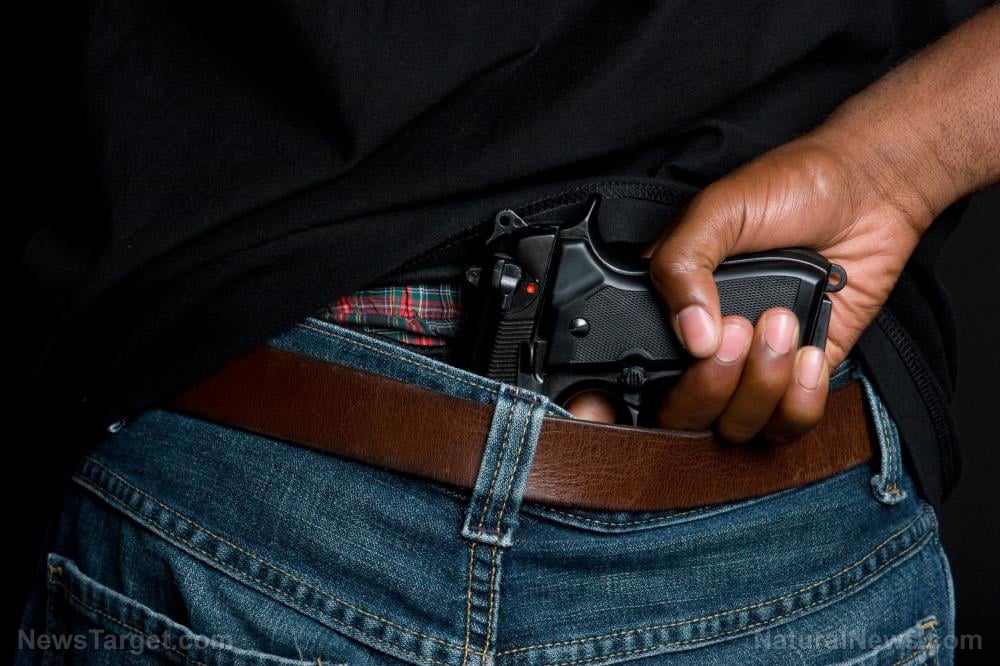 (Natural News) It goes without saying that the mass shooting in Boulder, Colorado, was tragic. Ten people, including a police officer, were killed. And you all know the drill people. Cue the calls for gun control, the demonization of the AR-15 and its variants, and the “fear the white man” narratives.

The latter was spewed at such a rate of fire that liberals totally missed that the suspect, 21-year-old Ahmad Al Issa, wasn’t white. He’s from Syria. And there have been quite a few tweet deletions, but we have the receipts. Katie wrote about how this narrative was obliterated yesterday. It shows the grotesque nature of American liberalism. They are always waiting to exploit death to push their agenda. It makes sense. They’re hyper-emotional people who base their political views solely on feelings instead of facts, and there’s a lot of potential room for scoring political points when it comes to death.

We’re seeing a gun control push now (we saw it even before the shooting), but we’re going to get a rehash of the liberal media’s appalling statistics on gun violence in America. First, mass shootings are and will always be rare. Are they awful? Of course, but it’s still a rare occurrence. Gun violence in America overall has declined massively. If there’s an uptick, it’s because liberal mayors in cities across America decided to hamstring and spit on police last summer, which allowed leftist thugs to burn down half the country. But we can thank NBC News for torching the liberal media narrative on mass shootings because apparently, they can’t get their numbers right. It exposed how these outlets are false narrative factories. You all know this, but Newsbusters noted something interesting about the mass shooting narrative as the network highlighted two separate numbers to overexaggerate the frequency of mass shootings. Which one is it, folks? It cannot be both (via Newsbusters):

Determined to not let any tragedy go to waste, each of the broadcast networks touted President Biden’s call for gun control on Tuesday following the mass shooting in Boulder, Colorado. But NBC Nightly News anchor Lester Holt went a step further, trying to browbeat viewers with a claim that America had experienced “more than 100” such shooting in “the last 20 years.” But back on November 8, 2018, the network claimed there were 307 mass shootings in the first 10 months of the year alone.

“As a nation, we have been here so many times before. More than 100 times over the last 20 years. After a deadly pandemic year, the country is again facing an enemy within: gun violence and mass murder,” Holt pontificated.

But as NewsBusters reported back in 2018, NBC was known for throwing out completely bogus mass shooting statistics. “Less than two weeks ago, we were reporting from the scene of another mass shooting in Pittsburgh. In fact, folks, there has been a mass shooting almost every day this year,” he said back then.

Holt left it up to Stephanie Gosk to specifically toss out the fabricated stat. “This year alone, Parkland, Santa Fe, Pittsburgh, and now Thousand Oaks. And that skims the surface,” she proclaimed. “There have been 307 mass shootings with four or more people shot. 328 people killed, and the year is not over.”

But NBC’s conflicting information was of no concern to correspondent Tom Costello, who claimed: “Since the Columbine massacre in 1999, there have been at least 114 mass shootings, 1,300 victims.”

I know, shocker — these people lie in order to help their Democratic Party overlords. It’s the same story, but we have new ammunition regarding how the media is horrible when it comes to reporting on gun violence. They’re running with two separate data points to push their narrative, and both are garbage. We know they’re getting their points from other anti-gun groups, which overexaggerate the frequency of mass shootings. Even Vox said that mass shootings were a small portion of all gun violence committed in the United States.

When it comes to school shootings, the data sets are worse, as anti-gunners classified a school bus window being shot at with a BB gun as a “school shooting.” Everytown was the group that issued the school shootings report in 2018, which included The Washington Post shredding it for being inaccurate. National Public Radio also looked into the 2015-2016 Department of Education’s numbers on school shootings and found that two-thirds of them never actually happened.

The Left lies, but that hasn’t stopped them from continuing to push for unconstitutional gun grabs.

Read more at: TownHall.com and GunViolence.news.