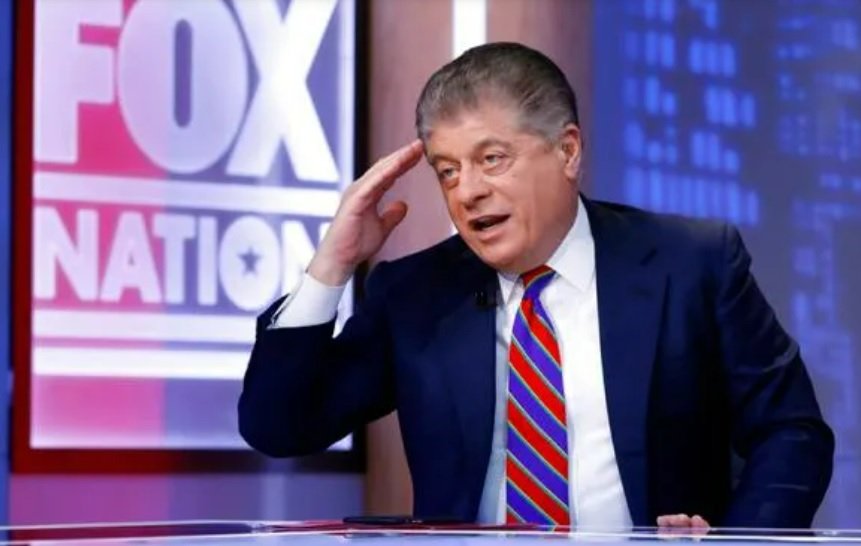 COMMON SENSE: You’ve heard the expression, “There is honor among thieves.” It’s been around for several hundred years, but is it true. Is there some kind of moral code between those who are corrupt, or is something else at work?

Where the Deep State is concerned, the corruption is so pervasive that most Conservatives like me have been legitimately surprised by how omnipresent it is. To nearly all patriotic people of faith, one of our primary goals has been to “Drain the Swamp,” but we not been able to even make a splash in it. We have been genuinely surprised that the Swamp seems to be larger than the Great Lakes. It appears that more people in government, the intelligence community and the media are Swamp Creatures than those who function honorably.

Take Judge Andrew Napolitano for instance. He has just been fired by Fox News for being inappropriate with several young men at the network. While initially surprised, this kind of thing has come to happen so often that most of us are no longer truly surprised by it. His example, however, is instructive for another reason.

For many years, Napolitano was one of the strongest Constitutional advocates on TV. Routinely, he articulated the Conservative position persuasively—always with conviction. Reasonable and jovial, I enjoyed him so much so that I was thrilled that he chose to endorse “We Believe,” one of my early books that I co-authored with David Dunham. Napolitano’s positive review is on our back cover.

We loved having a powerful Conservative like Napolitano endorse us, but then, for some inexplicable reason, he seemed to change overnight. From being a fierce advocate for Conservatism and President Trump, Napolitano became a Never-Trumper, criticizing the America First agenda regularly. To people like me, this didn’t make any sense, but now it does. It makes perfect sense.

It is my belief that the Deep State became aware of Napolitano’s sexual dysfunction and threatened him with it, essentially telling the Judge that he would be outed and shamed unless he changed his political position diametrically. Not wanting to be exposed and not wanting to be fired, Napolitano swallowed his convictions to embrace the Deep State agenda.

This is what the Deep State does to people. It’s how they operate and how they compromise those who oppose them. They coerce them into abandoning their principles, but they also reward them financially for doing so, essentially rewarding depravity with lucre.

However, now that it’s all-over for Napolitano, you might wonder why he doesn’t come forward and expose them? It’s a good question. There is a reason why those compromised by the Deep State refuse to come forward. It’s fear. They are genuinely afraid of what will happen to them. Where Napolitano is concerned, my guess is that his vulnerability goes much deeper than what got him fired at Fox News. That alone would keep him quiet.

I believe this scenario has happened to hundreds of other Conservatives who have discarded their convictions, perhaps even thousands. They have abandoned their righteous cause because they do not want to be exposed like Napolitano has been.

Therefore, it isn’t that there is honor among thieves, not legitimate honor anyway. It’s fear of being exposed that keeps all of these compromised Conservatives quiet. Having loved the darkness rather than the light, they have chosen to violate their consciences, abandon their convictions, and embrace the values of the depraved rather than suffer the indignity of being exposed. This is what happens to those whose deeds are evil.

2 thoughts on “The Deep State Loves the Darkness”