The RNC Big Data Fail. Déjà Vu All Over Again! 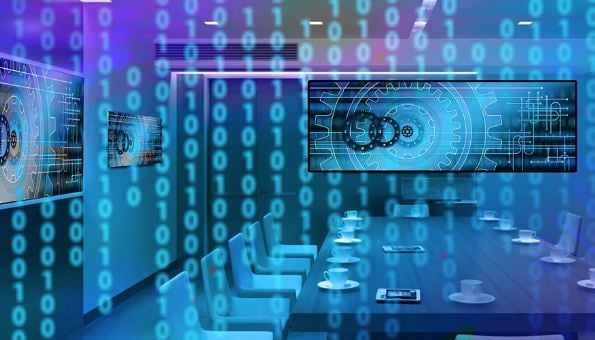 The RNC Big Data Fail. Déjà Vu All Over Again!

Is there anyone on the planet who disagrees that data, lots of it, from many sources, real time in the hands of a user, at silicon speed, on a phone yields power or success?

The competitor with the right data, at the right time and place will pretty much always win?

Let’s visit one mid-western statewide election to see just how screwed up the data from the RNC was and why their disastrous data strategy likely lost scores of elections across the United States.

We are beginning to get some answers.

In Wisconsin, the RNC provided data rolls of all the electors – voters.

For a candidate, it helps to know your customer – so the RNC provided “big data lists” to statewide candidates.  The RNC enhanced the lists with more data – like whether someone is “leaning Republican.”

The happy candidates gave the lists, with a phone or tablet app to canvassers who went door-to-door to talk to those customers – voters.

But they weren’t there!

A funny thing happened on the way to the customer – the lists were a total “disaster.”

Their words – the canvassers.

The RNC experienced the same thing with the same lists in 2020, had two years to clean them up, and didn’t.  They chose to focus on more important things, like funding opposition to America-First candidates.

Wisconsin canvassers went to a door where a dozen people lived.  They knocked or rang the bell asking for Bill and Sally, on the voter roll, leaning GOP.  “What, says the ancient resident?”  “I’ve lived here 12 years and never heard of them!”

This happened so much, canvassers communicated with the local voter integrity team noting how dismal the lists were.  One senior member of a statewide race said they knew they were “screwed when our canvassers reported back.”

As the Arizona Republicans take their long, dreary walk to the dressing room, they can ask just why everything that happened in 2020 happened again in 2022 – exactly the same way.

Is there anyone in America, who does not live in Maricopa County, who expected them to run a clean election?

In state after state, candidates hired “consultants” who told them to run adds, lots of them on which those consultants were paid a fee.  The consultant class said to use the RNC lists, don’t worry about voter fraud, that’s a conspiracy theory.  Just run a classic campaign.

Candidates who lost a race in which they led by 10 points are now relying on lawyers – from the RNC, to plead their case – to Lefty courts.

According to on-the-ground reports, the RNC pulled out from those low percentage endeavors leaving worthy, screwed candidates few alternatives:

“Abandon all hope, ye who enter here.”  Dante Alighieri’s famous words should be branded on any “big data” list from the RNC.

We ran tests for accuracy and compared them with the information coming in from voter integrity teams.  We could cross-search them with county property tax records – the gold standard of property description and ownership status.

Those lists were abhorrent.

Had a CIO given those lists to the VP of Marketing for a Fortune 500 company, he or she would be toast the next day.  Yet, the RNC raises millions of dollars with a “big data strategy” that is worse than useless – if anything can be.

Not everyone uses the RNC data.

The 2020 election awakened a citizen army of thousands, who grabbed dusty voter lists nobody looked at for a generation.  They started taking them apart, breaking them into precincts, streets and households.

These groups, in every single state, started a revolutionary process of cleaning voter rolls.  They found the 30 people claiming to live in the laundromat and took it to the judge – who promptly told them to pound sand!

But they continued – unstoppable.

This army of election integrity warriors is invisible to the RNC.  They are invisible because the RNC cannot see what is happening on the streets – they don’t hang there.

Their data, however, is not invisible.

We have it, most of it, running in Fractal Programming – where we can process literally trillions of records, on a computer the size of a shoebox, at silicon speed, delivering the results on a phone.  We explain how we do it at www.Omega4America.com.

That Fractal database is being crowdsourced with daily updates from citizen groups.

Our team adds data sources like the Federal Election Commission data for all contributions since 2019.  We are bringing in the county property tax records for every one of the 3,200 counties.  We enable the cross-search of county records with state records.

For every voter, we can cross-search them against databases of hotels, jails, homeless shelters, cognitive care facilities and 20 or more other databases.  Here’s a picture from Wisconsin:

Want to see how many people live at an address with 30 or more pals?  One click!

Want to see how many people over 110 live in your county?  One click!  On your phone.

So be joyful this holiday because nobody needs that RNC data – unless you want to lose an election.

The Fractal election database is already many times larger than the RNC’s because we take snapshots of voter rolls on different dates – compare them – to find people who were changed from inactive, to active, voted, then changed back.

Cannot do that with the RNC or any other election system.  We do it now!

We have data from almost every state and we loaded many of them.

Unfortunately, the one state for which we do not have data is Arizona.

Their voter integrity team refused to send it to us.

Because in one click, we could show Arizona just how many Maricopa voters’ ballots came from a jail or a dozen other phantom locations.  In a day, we could compare every cast ballot with every personal property tax address in the entire state.

This weekend, our team is working with the Wisconsin team on why there was a spectacular jump in new voters from elderly care facilities and cognitive care facilities.

We have the data.  We already visualized it in 3-D.  Now we dig into it, a few clicks at a time, to see what they did and how they did it.

So why do we need the RNC?

Jay Valentine can be reached at [email protected].  The Fractal election microsite is www.Omega4America.com