Things Are This Bad: Regime’s Most Loyal Lapdog Jim Cramer Turns on Joe Biden, Calls Out His Lies and Anti-Energy Agenda (VIDEO) 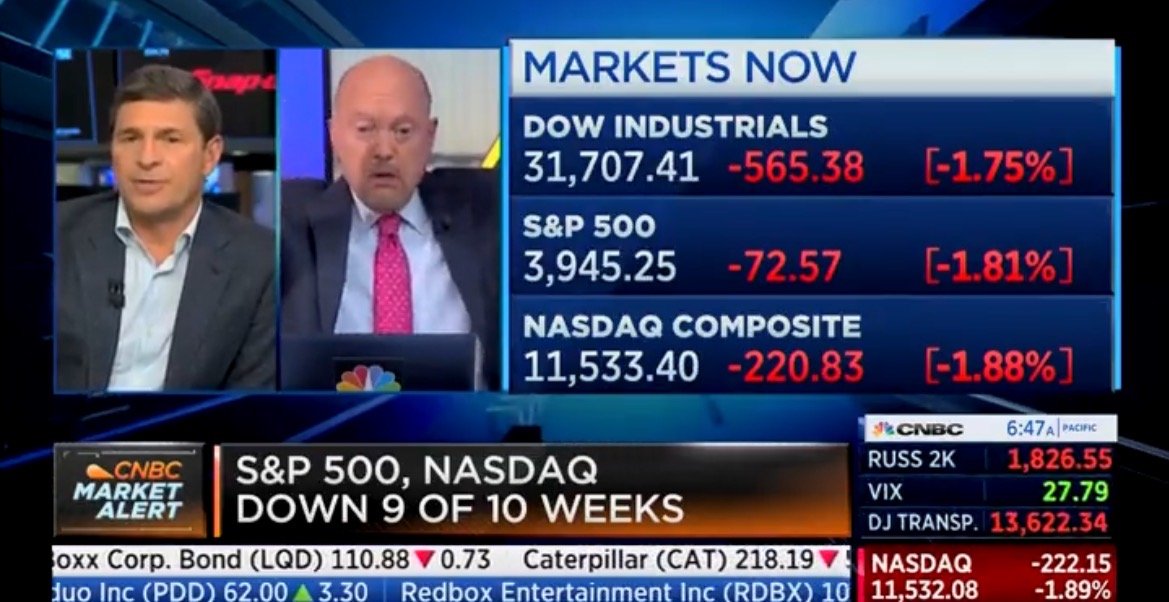 Things are so bad that the Regime’s most loyal lapdog Jim Cramer is calling out Joe Biden’s lies and anti-energy agenda.

“Today we have the strongest economy, perhaps, I’ve ever seen,” Cramer said last year just a few days after the Biden Regime begged news outlets to give “favorable” coverage to Biden.

May inflation numbers came in higher than expected at 8.6% – the highest number in 40 years since 1981.
Everything went up.

It’s so bad that Cramer hung his head and begrudgingly admitted things were better under Trump.

Cramer also called out the Biden Regime’s lies and propaganda.

“Look, they hate fossil fuels. And a lot of the numbers — I think Brian’s [Deese] really good, but a lot of numbers he talked about are not true. I mean, we’re not producing as much as we did under President Trump,” CNBC’s Cramer said on Friday.

“The idea that it’s European — that it’s the Europeans that are causing the natural gas to go up a lot isn’t true. We just were unprepared for this particular moment and don’t have enough pipelines. But look, they hate fossil fuels,” Cramer added.

Cramer asked why Biden would rather beg the Saudis for oil than drill in Texas.

“So the Saudis are better friends to the US than western Texas?” Cramer asked.

.@JimCramer has had enough of the Biden Administration’s lies:

“Look, they just hate fossil fuels — and a lot of the numbers [they] talk about are not true…” pic.twitter.com/OIctuQCLAB