Think tank: Texas should declare an INVASION at the southern border 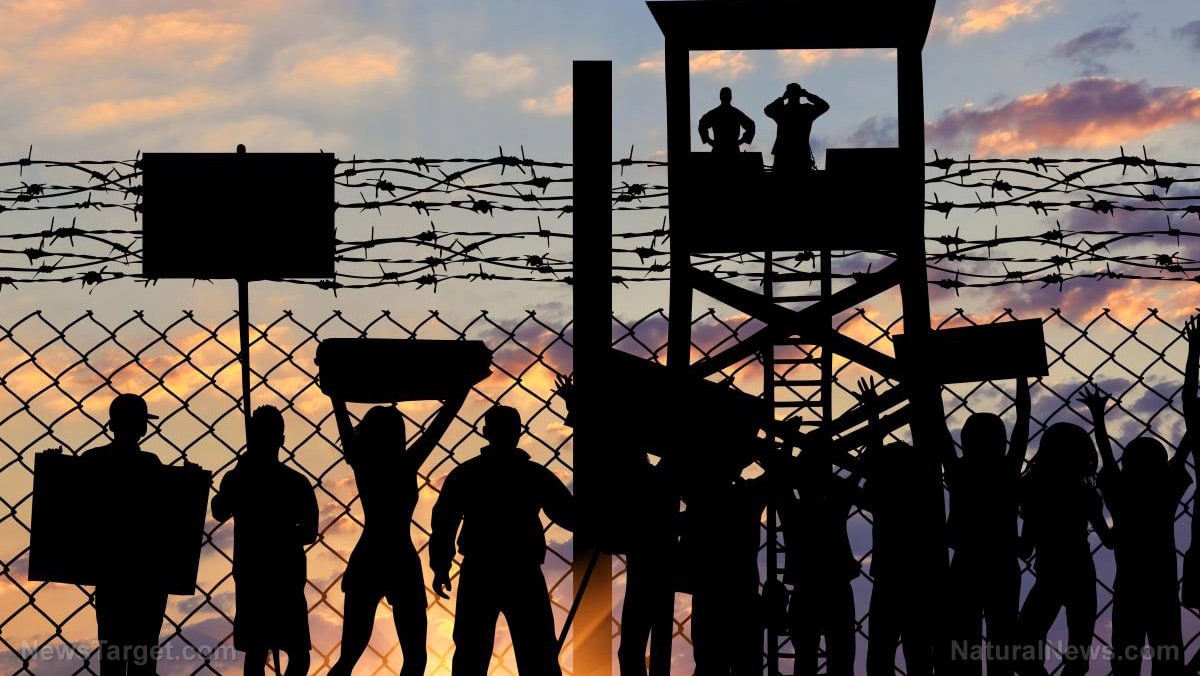 (Natural News)
The head of the Texas Public Policy Foundation believes that it would be a good idea for the state government of Texas to declare an invasion at the southern border to protect its people and the sovereignty of the state “from cartel forces and their allies.”

Greg Sindelar, the CEO of the think tank, said the foundation is advocating for the invasion declaration under Article I, Section 10 of the United States Constitution. It is also calling on the federal government to enact certain policies to protect American sovereignty, including designating many Mexican drug cartels as terrorist organizations.

“The time for Texas to act is long overdue,” said Sindelar at the 80th annual assembly and convention of the American Society of Mexico in Mexico City.

Sindelar noted how important it is for Texas to maintain its strong economic relationship with Mexico. The country is Texas’ largest trading partner, with more than $660 billion in total trade in 2021. Sindelar also noted how Texas and Mexico are “bound by a common heritage, a common border and a common future.”

But this special relationship is being threatened by Mexican drug cartels, whose massive control over Mexican police and military forces and local and federal governments constitutes “a direct threat to Texas and our way of life.”

As of Sept. 14, 22 of the 254 counties in Texas have signed declarations that the state is being invaded at the southern border.

The four latest counties to pass invasion declarations are Jasper and Madison County in eastern Texas and Throckmorton and Wichita County in northern Texas.

The counties cited the constitutional authority of the state and the responsibility of the federal government to protect the sovereignty of Texas and to defend Texans and other Americans. They said the rising cartel violence, illegal immigration, human trafficking and drug smuggling are all a result of the policies of the Biden administration.

“Our southern Texas border is suffering a criminal invasion in the form of illegal human trafficking, as well as drug and weapons smuggling,” the counties wrote.

Jasper County signed its resolution on Sept. 6 and it expresses support for “Operation Lone Star and additional measures to secure the Texas border and protect Texas communities.” Madison, Throckmorton and Wichita counties signed their resolutions between Aug. 29 and Sept. 6 and called for “additional measures to secure the border, stop the invasion at the border and protect our communities.”

The four counties labeled Mexican drug cartels as “paramilitary, narco-terrorist organizations” that have exploited the current weakness of America’s southern border for their own gain and to the detriment of Texan communities.

They added that their invasion declarations are a way for them to step up where the federal government has failed in “meeting its constitutional obligation to ensure domestic tranquility, provide for the common defense, execute the laws and protect each state against invasion.”

The four counties also expressed support for suffering border counties and Texas Gov. Greg Abbott’s border security efforts through Operation Lone Star, an anti-illegal immigration and anti-illegal drug trade operation. They encouraged the governor to use his full authority under the Texas and American constitutions to “take the necessary steps … to secure the Texas border and stop the invasion at the border.”

Learn more about the invasion at the southern border at InvasionUSA.news.

Watch this clip from Next News Network discussing how over 5,000 illegal immigrants were arrested over the Labor Day weekend.

This video is from the News Clips channel on Brighteon.com.

4.9 Million illegal aliens blew past the US border in the 18 months since Biden was installed in office.