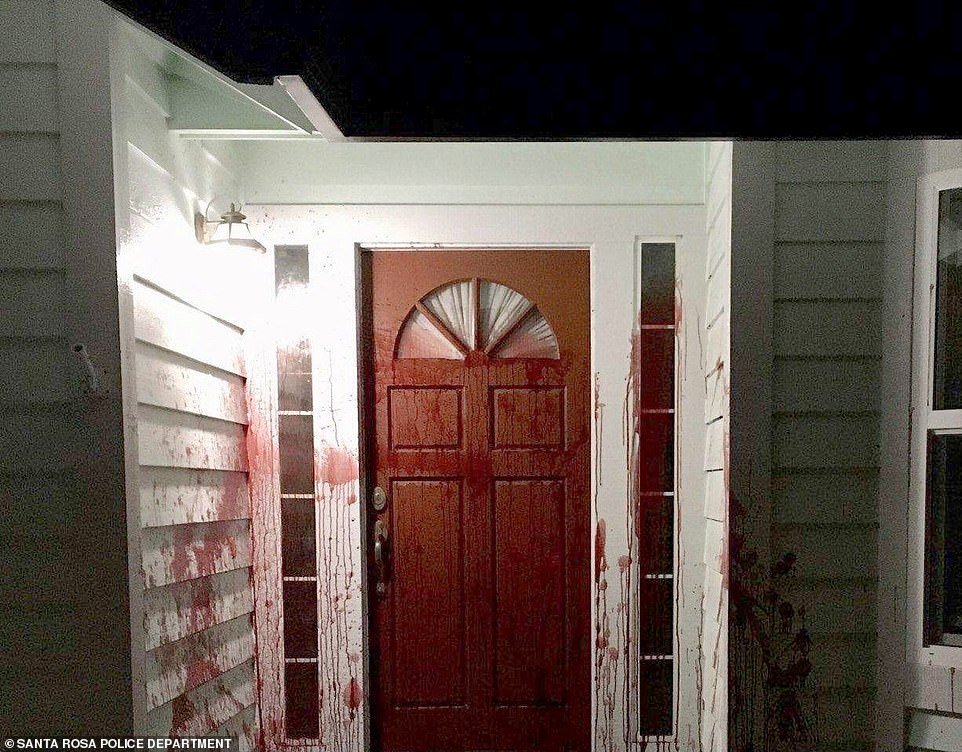 Three women have been arrested for vandalizing the former home of Barry Brodd, who testified as a witness for Derek Chauvin’s defense.

The unhinged Black Lives Matter extremists covered the home with animal blood and a severed pig’s head was left on the front porch on April 17.

The Santa Rosa Police Department arrested Rowan Dalbey, 20, Kristen Aumoithe, 34, and Amber Lucas, 25, on Tuesday on charges of conspiracy and two felony counts of vandalism, the department said in a statement.

“This investigation is still ongoing, and there are still additional leads and information that detectives are following up on. We believe there are additional suspects that were involved and are asking for our community’s help in identifying them. Anyone who witnessed the incident or has information that would assist with the investigation is encouraged to contact SRPD through our online Tip Line,” the statement continued.

TRENDING: SHOCKING VIDEO: Insane Teacher Berates Vaccinated Student for Not Wearing a Mask, Calls Him a Jerk, Tells Him Nobody Likes Him (UPDATE)

Brodd became a target of the left after he testified during the Chauvin trial that police were justified in keeping George Floyd pinned because he kept struggling.

The new family that lives there called the police when they were awakened by the group of black clad individuals outside their home shortly after 3 a.m.

:
⠀
This Santa Rosa home was vandalized by a group who threw a pig’s head on porch & splattered blood all over
⠀
The house used to belong to Barry Brodd who testified for the defense in Chauvin’s trial
⠀
(1/3) #ChauvinTrial pic.twitter.com/tTfhmZqD1r

Law enforcement believes that the individuals thought that Brodd still lived there.

“Because Mr. Brodd no longer lives in the city of Santa Rosa, it appears the victim was falsely targeted,” police said in a news release.

Santa Rosa Police Chief Rainer Navarro threw Brodd under the bus on April 13, issuing a statement saying “Mr. Brodd’s comments do not reflect the values and beliefs of the Santa Rosa Police Department.”

Approximately 45 minutes after the home was vandalized, a hand statue in front of the Santa Rosa Plaza mall was also splattered with animal blood. The vandals, who match the description of the people who attacked the home, left a sign with a pig on it that read “oink oink.” The statue has no apparent message related to the trial, as it is dedicated to immigrant agricultural workers.

Damage to the residence exceeded $400, making the attack a felony.