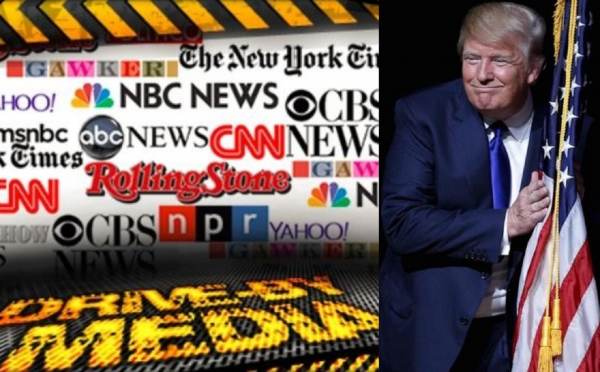 But this was really no surprise.

Many of us grew up hearing stories of Russia’s state-run ‘Pravda’ media.  We were told it was dishonest and the preferred outlet of the communist party.  Pravda was destribed as follows:

The Pravda was the Russian newspaper established 1912. It started off as a daily newspaper, but it eventually became the means for propaganda under the name of the Bolsheviks. (Brittanica, 2013) When Stalin was in power, he kept a tight leash under the newspaper, only allowing things that he wanted to get out into it, making it propaganda for himself and destructive material for his enemies. He changed the events of the Russian Revolution, making him appear to have a more iconic role than he really did.

Americans scoffed at the stories we read from Pravda and couldn’t understand how anyone could believe Pravda’s lies.

Back then, we believed in our American media and thought for sure they were providing us the truth unlike Pravda.   Our media personalities were honest and true we were told.  Our media didn’t promote lies.

Then came Donald Trump.  The one voice that Americans believed.  When he said the media was dishonest or we never should have been in some wars or the trade policies of our elites were only helping other countries, we listened and agreed.  Trump was telling us what we already knew.  But many politicians on both sides hated the President’s messages.  They were exposed.

But Americans agreed with Trump and he became President in spite of numerous headwinds he faced beginning the day he announced his run.  Trump did the things he promised.  He brought jobs back and created the greatest economy in world history.  He destroyed ISIS and brought soldiers home.  He created peace deals in the Middle East that were never promised, and so much more.

But every single minute of every single hour of every single day the President worked for American and he was attacked for doing it.  The spearhead of the attacks came from the dishonest and totally biased media.  They hated him.   His presence was like a shining light on the endless corruption.

The media omitted the truth if it related to President Trump’s many successes and promoted lies about him.  President Trump knew and claimed even a week ago that the enemy of the state is our media.

Trump was right and is right.

On Election day and the many days since, our media colluded to share a message that Joe Biden won a free and fair election.  But this is not true – it never was.  There’s unlimited evidence the election was stolen. Only yesterday the President’s team released its third document on the election proving the 2020 election was stolen:

In every swing state, there is ample evidence of fraud that could flip the election to winner Donald Trump.  But Big Media says nothing.  They report the opposite and ridicule anyone who claims the election was stolen.  To hell with the truth.