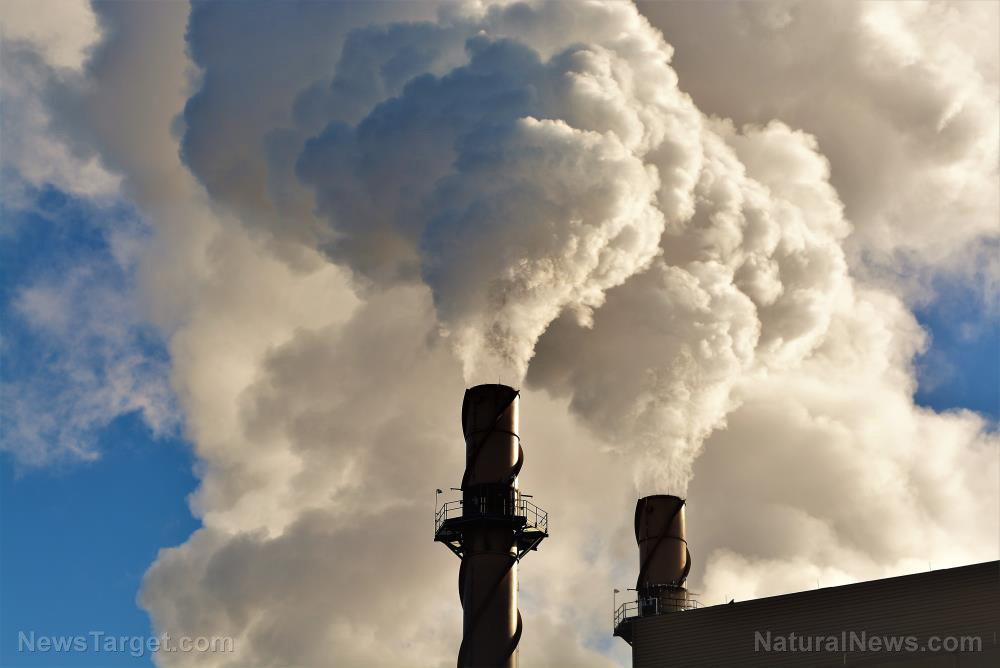 (Natural News) Right on cue, CNN is starting their climate change hysteria push, using COVID-19 fear as a hook to get helpless and pathetic Americans alarmed about a new phenomenon.

This follows the script that was outlined by CNN technical director Charlie Chester in a recent Project Veritas video release.

“The pandemic has given us a trial run”

Experts say the Covid-19 pandemic has taught hard lessons that countries can use to tackle another major global crisis: climate change. https://t.co/mIdBontCdk

“This enemy does not recognize geopolitical borders. It has the power to wreak havoc on national economies, to cost people their livelihoods and their lives. It seeps through the smallest cracks in our social fabric, targeting the poor and the vulnerable among us. Sound familiar?” CNN wrote in their propaganda piece.

“The Covid-19 pandemic and climate change have led to catastrophic fallout on a global scale, necessitating cross-border cooperation. Both also cause exponentially more harm to those of lower socioeconomic status,” it continued.

CNN quoted “experts” from the globalist Council on Foreign Relations to explain how COVID-19 is a trial balloon used later for climate policy.

“The pandemic has given us a trial run,” said Alice Hill, the David M. Rubenstein senior fellow for energy and the environment at the Council on Foreign Relations.

“But the big difference between pandemics and climate risk is that the climate has undergone permanent, irreversible damage. And so we need to focus on how we build resilience quickly and effectively on a global scale,” she added.

Hill is planning to release a book, “The Fight for Climate after COVID-19,” in which she attempts to connect vaccine production to the climate change fight. The argument is that illegal globalist power grabs similar to ones implemented using COVID-19 are similarly needed to fix global warming.

“All of our planning going forward needs to account for the increased risk for vulnerable populations,” said Hill. “Those who have the least means, those who have faced historic discrimination — they suffer the most.”

Big League Politics has reported on the idea of a climate lockdown being floated by elites who are testing the waters to see what illegal power grabs they can get away with:

“While COVID-19 mass hysteria may be waning, the globalists are intent on continuing the trend of locking down society and destroying economic prosperity for the peasants.

After the scamdemic comes to an end, it will be climate change used to pump the masses full of fear and get them to accept Draconian measures to cripple their own civilization.

Mariana Mazzucato, a professor at the Economics of Innovation and Public Value Center at University College London, is setting the stage for climate lockdowns if unprecedented taxation and centralized power are not exerted over the economy.

“Under a ‘climate lockdown,’ governments would limit private-vehicle use, ban consumption of red meat, and impose extreme energy-saving measures, while fossil-fuel companies would have to stop drilling,” Mazzucato wrote in her white paper, “Avoiding a Climate Lockdown.”

She contends that the only way to stop the inevitability of climate lockdowns is to “overhaul our economic structures and do capitalism differently,” meaning do away with it entirely and replace it with totalitarian socialism.

“[G]overnment assistance to business must be less about subsidies, guarantees, and bailouts, and more about building partnerships. This means attaching strict conditions to any corporate bailouts to ensure that taxpayer money is put to productive use and generates long-term public value, not short-term private profits,” she wrote.

“Because markets will not lead a green revolution on their own, government policy must steer them in that direction. This will require an entrepreneurial state that innovates, takes risks, and invests alongside the private sector,” Mazzucato contended.

Her writings are already influential, according to the New York Times, among politicians who are using her scribblings as an excuse to take unprecedented power-grabs.”

The technocracy is taking shape, and the globalists are rushing full speed ahead toward the destruction of the West. The climate change deception is key for achieving their goal of one world government, ruled by elites and powered by collectives.