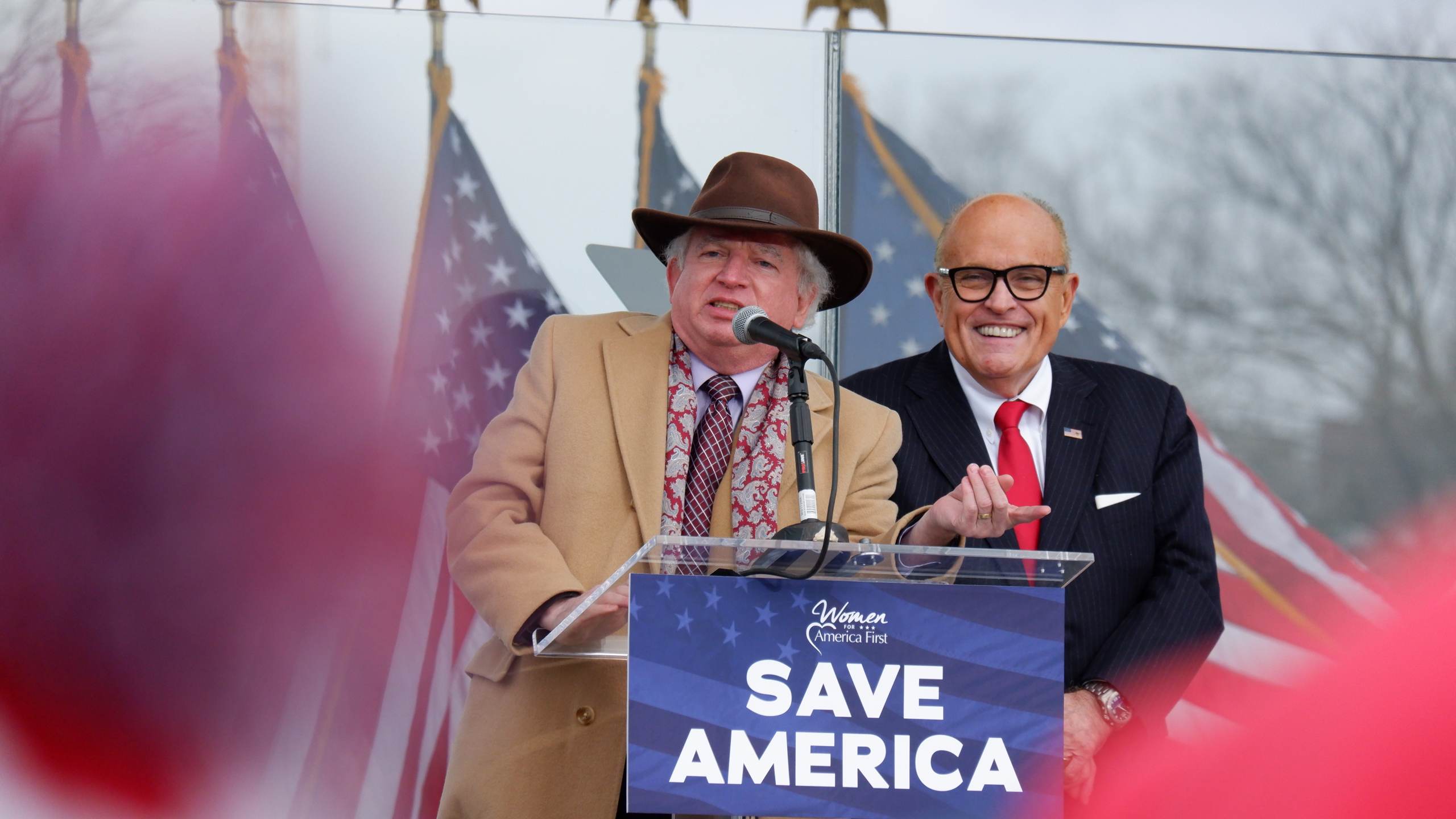 Earlier this year John Eastman said the state legislatures have the authority to replace electors due to fraudulent results during an interview with Steve Bannon.

Eastman told Steve Bannon: “We can point to Section 2 of Title 3 of the United States Code that says when a state has had an election and has failed to make a choice on the day that was prescribed by law, meaning the choice that was made, the assumption is it was fraudulently given because of the illegal votes, the electors can be made on a subsequent date in such manner as the legislature in some state may direct.”

Radical Fulton County District Attorney Fani Willis targeted Eastman and other Trump allies for daring to speak out against Democrat voter fraud in the 2020 election.

“In his appearance before the Fulton County Special Grand Jury, we advised our client John Eastman to assert attorney client privilege and the constitutional right to remain silent where appropriate. Out of respect for grand jury secrecy we will not disclose the substance of the questions or testimony. We wish to thank the grand jurors for their service.” Eastman’s lawyers said in a statement.

“By all indications, the District Attorney’s Office has set itself on an unprecedented path of criminalizing controversial or disfavored legal theories, possibly in hopes that the federal government will follow its lead.” the lawyers, Charles Burnham and Harvey Silvergate wrote.

“Criminalization of unpopular legal theories is against every American tradition and would have ended the careers of John Adams, Ruth Ginsburg, Thurgood Marshall and many other now-celebrated American lawyers. We ask all interested observers of any political persuasion to join us in decrying this troubling development.” the lawyers added.

Who is running Georgia and allowing this political abuse of the law to target Trump and other Americans for “wrongthink”? https://t.co/f3MT6iv1tY