Trump must Declassify ALL of the dirty secrets and crimes NOW 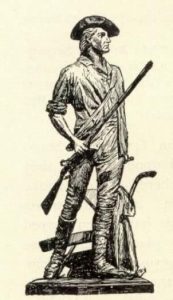 It is now being reported that President Trump has begun declassifying documents regarding the Russia collusion hoax, and apparently also regarding the Biden family’s corrupt dealings with Ukraine.  That is certainly a positive first step, but to really expose the illegitimacy and treason of the Deep State minions, he should go much father, immediately.

Remember, Trump has absolute power as President and Commander-in-Chief to declassify any and all documents he wants – ANY and ALL. That power is absolute because he is the Commander-in-Chief and (top general) and, as President, the top boss of the entire Executive branch. He needs no permission from any other person or entity.  And nobody can stop him.

We pointed this out in our recent open letters to President Trump, and I have been beating the drum about this in interviews since the summer.

The Deep State uses the dirty secrets about who has been compromised as their way of controlling politicians, judges, career government bureaucrats, major media personalities, etc.   They classify the files on all the dirt as “secret” and then they use that data to control the compromised criminal elite.   Those dirty secrets are the “swamp water” that makes up the swamp in DC.  It both protects the swamp creatures and controls them.

That should come as no surprise, and it’s nothing new.

This is the same thing that J. Edgar Hoover did during his lifetime tenure as the Director of the FBI.  No President dared to even think about firing Hoover because Hoover had a file on EVERYONE.  He knew all their dirty secrets, transgressions, indiscretions, and crimes.  It’s how he maintained his power for life, (despite being a known cross-dresser in a far more straight-laced America) and he was there for life, in power until the day he died, just like a dictator.

And that was before high powered computers and a cell phone/social media culture that gives the current Deep State near total information awareness – they watch and listen and track ALL you do through your phones, emails, social-media, etc.

And then there are intentional political sting operations where politicians, businessmen, and other elites are filmed having sex with children or other heinous acts, and that video is then used to control them.  That’s also well known and par for the course all over the world (the Chinese are past masters at it, but so is the CIA, Massod, etc – all the intelligence agencies and governments all over the world  do it).  That’s exactly what Richard Epstein was doing, when he had cameras installed in every room of his mansions (including the bath rooms), on his “Lolita Express” and on his “Lolita Island.”  He was filming EVERYONE.

Even more disturbing is when the mark KNOWS they are being filmed committing disgusting crimes, such a raping and torturing children, and they knowingly participate as the price of admission into the club.  This is similar to a gang initiation where an inductee into the gang has to rape or kill to get in, with the inductee fully aware of the fact that he is being blackmailed.  Hunter Biden comes to mind as an example of this.  I have not seen the videos, but apparently they show him raping and torturing under-age Chinese girls, as he is openly, knowingly, being filmed.

Those who want great power and wealth are easily enticed to willingly let themselves be filmed committing such horrid crimes because they know that so long as thereafter they do as they are told, they will have power, wealth, and prestige for life, and THEY WILL BE PROTECTED by their blackmailers – so long as they are obedient.

Therefore, to truly take down the Deep State, Trump should:

1.  Declassify all the secret information regarding the Kennedy Assassination, which will help ‘rip the bandaid off’ and show the American people the hard truth that the Deep State pulled a coup long ago – that the CIA and other entities and individuals within our own government killed Kennedy because he was standing up to them and taking steps to “drain the swamp” way back then.  He took on multiple powerful Deep State factions (the military industrial complex, the intelligence agency complex, the Federal Reserve, the FBI, etc as well as the Mob).   So the Deep State killed him, in a coup against a patriotic Democrat president, with both Democrats (Johnson) and Republicans (Bush Sr.) taking part.   Since then this nation has been under the rule of unelected oligarchs, through one mechanism or another.

Actually, that has been the sad truth since at least the creation of the Federal Reserve, but for the sake of the average Joe and Jane, let’s start with the Kennedy assassination since it was an obvious bloody coup against a sitting President, and because it will help them understand that this is WAY beyond “Democrat v Republican” or even “left v right”.

Declassifying the Kennedy assassination will help cut through the divide and conquer political party partisanship and show the people that this is really about we the people v the oligarchs.

The great mass of the American people and the rank and file within the U.S. military detest both pedophiles and anyone who would commit the crime of treason, such as aiding and abetting a foreign enemy (i.e. taking bribes or being blackmailed by the Communist Chinese or other foreign enemies and thereafter doing their bidding).   So expose those two great sins among the elites.

Pick both a Democrat and a Republican from the U.S. Senate who are known to be compromised by being either a pedophile or a traitor (or both).   Expose them both by declassifying the files related to their crimes.

Then pick a dirty Democrat AND a dirty Republican in the U.S. House who are both known to be either pedophiles or bribed/blackmailed traitors.

Get the ball rolling by exposing two corrupt Senators – such as McConnel on the GOP side, and Schumer on the Democrat side.  That will lift the lid a bit to show some of the rot, catch the attention of the American people, and then keep right on going till ALL the corrupt, criminal, monstrous swamp creatures are exposed, once and for all, top to bottom, from sea to shining sea.

Show the people that the treason is like a cancer that has spread so far it required drastic emergency surgery.

Then invoke the Insurrection Act and lets get to work arresting and removing them all, and putting them all on trial for their crimes.

For the Republic,
Stewart Rhodes
Founder of Oath Keepers