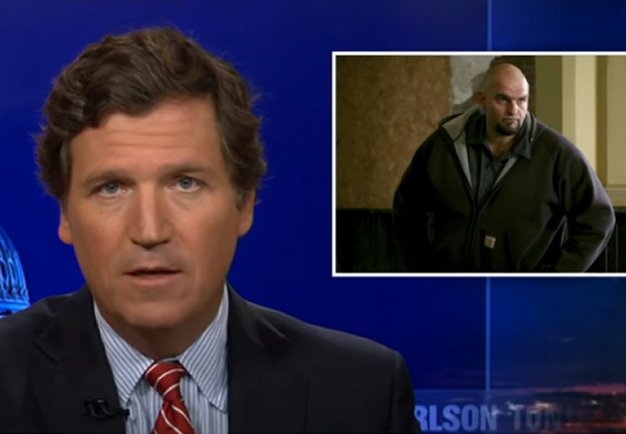 There is a lot that people might not know about John Fetterman, the Democrat running for U.S. Senate in Pennsylvania.

Tucker Carlson changed that this week by doing a close examination of Fetterman’s history and record that was positively brutal.

This report is so stunning it could actually change the race.

Fetterman had spent his adult life going to school — first to business school, then to Harvard for a so-called Masters of Public Policy, which for the uninitiated, is an utterly meaningless document that you pay hundreds of thousands of dollars to get in order to tell people that you went to Harvard.

But in Fetterman’s case, it wasn’t expensive at all. It was free. His dad paid for it and paid for everything else. As the Philadelphia Inquirer put it, “For a long stretch, lasting well into his 40s, deep into middle-age, Fetterman’s main source of income came from his parents. They gave him and his family $54,000 in 2015 alone.”

In other words, John Fetterman was a classic trustafarian, a flaky, middle-aged man looking for a purpose in life and in Braddock, Pennsylvania, he found one. In 2005, a year after arriving in Braddock, Fetterman announced he was running for mayor and amazingly, boldly, given that he was a professional student living off his rich family, John Fetterman decided to run as a blue-collar populist — but the media asked no questions. They loved it…

In his entire tenure as the mayor of Braddock, John Fetterman cast a single vote at a city council meeting and it was a meaningless one. It was a procedural vote for borough president. So, what happened next? This is always our favorite part of the story. What were the results? How did Braddock, Pennsylvania, fare under the leadership of John Fetterman? That’s really the only question that matters and again, we want to be as fair and objective as we can be.

So, we’re going to tell you that under his tenure as mayor of Braddock, Pennsylvania, the seas did not rise. That is true. Braddock is still on dry land. Of course, it’s very far from the ocean, but it’s still dry. So, his climate policy worked. He can be proud of that. Unfortunately, everything else fell apart in Braddock.

People kept fleeing. Braddock’s population is currently at its lowest level ever recorded.

Watch the whole thing below. This is unbelievable:

If Dr. Oz beats Fetterman, he will owe part of his win to Tucker Carlson.

That’s how meaningful this report is.