Tulsi Gabbard to Joe Rogan: Democrat Party is “Real Threat to Our Democracy” 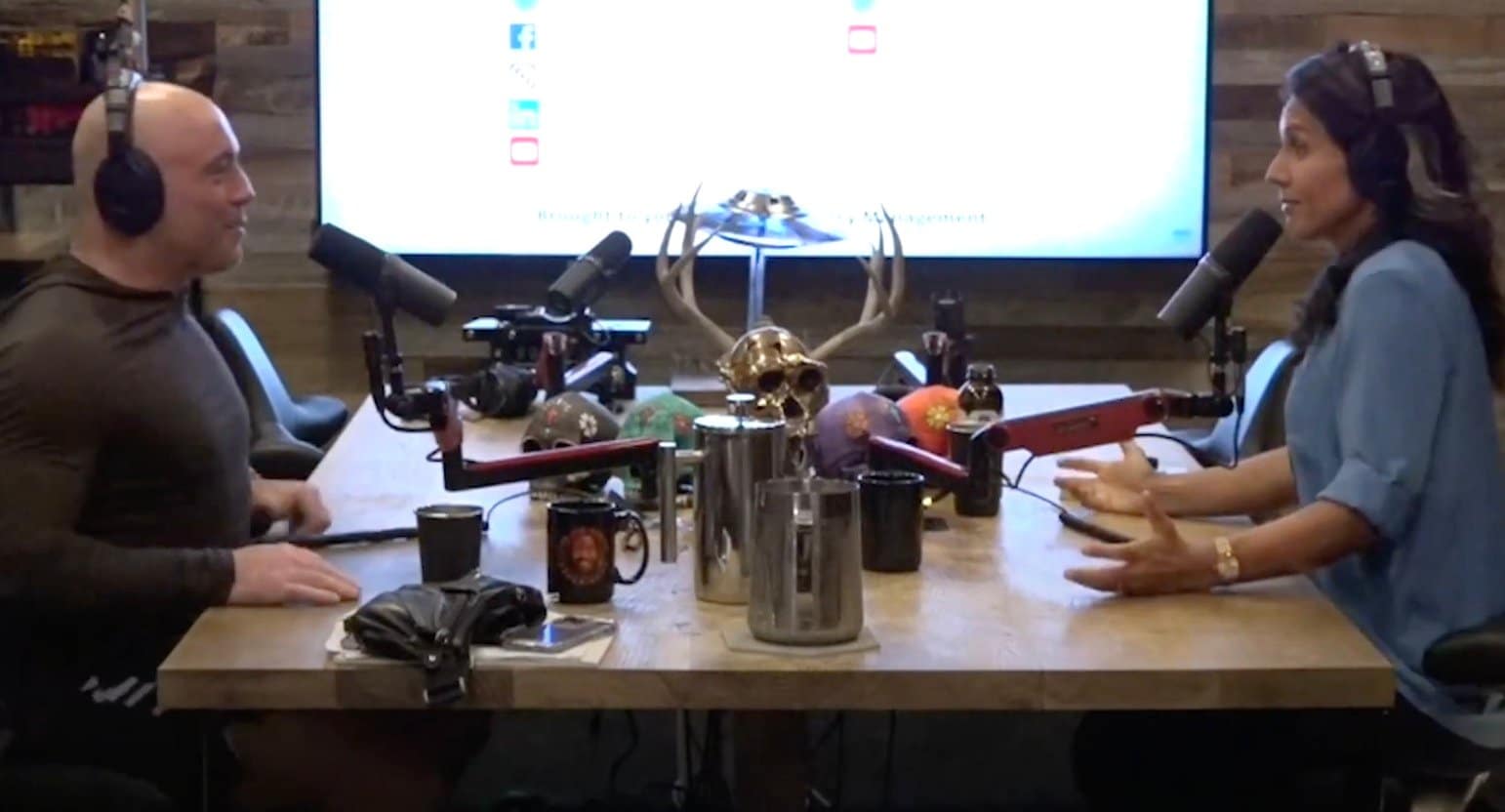 On Tuesday, Tulsi Gabbard, former congresswoman from Hawaii and presidential candidate, announced her departure from the Democrat party.

She joined Joe Rogan to discuss her decision.

My decision to leave the Democratic Party was not made lightly. I spoke about it with my friend @JoeRogan. Watch and listen👇🏽https://t.co/XHVZLFdaNb pic.twitter.com/ESHj40joqB

The danger of it is the people in charge of the Democratic Party, whether they actually hold positions or they just are influential in the Democratic Party, have created this cult-like atmosphere and fomented this fear. So much so that people who are really in a position to impact this, to stand up against and say ‘hold on guys this is literally insane and needs to stop’, they’re too afraid to do so because of what the ramifications will be.

The Democratic Party of the past, the Democratic Party that I joined, doesn’t exist anymore. The party that was….the party of JFK, of Dr Martin Luther King, the party of inclusivity, the big tent party that welcomed and encouraged this marketplace of ideas and conversations and people that held different views; the party that championed women and equality and the rights of people in our society. That party just doesn’t exist anymore and instead we have a party that’s being led by…by  people who have gone insane with this ideological fanaticism.

They don’t believe in the rule of law. Defund the police; the Supreme Court, we don’t agree with them so they’re illegitimate. There are so many different examples of this…this…these ideologues who’ve taken control of the Democratic Party who don’t actually care about the people.

And frankly Joe, this is something that I’ve been trying to fight against within the Democratic Party …back when I was vice-chair of the DNC (Democratic National Committee) for years.  But it has gotten to the point where those who have been in charge for a long time, remain in charge, are not willing to change.

Listen to the entire interview below.