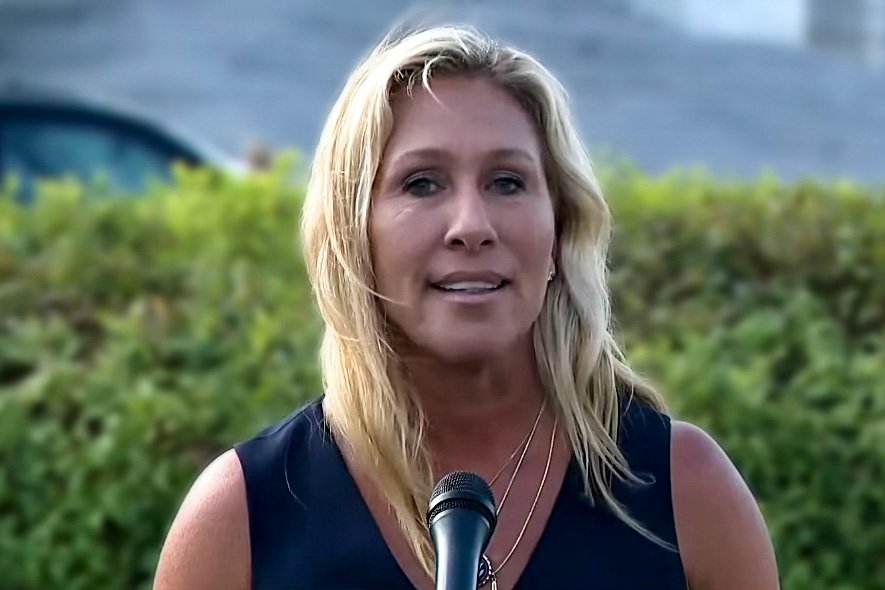 Rep. Marjorie Taylor Greene (R-GA) has been suspended from Twitter for tweeting that the COVID vaccines should not be approved by the FDA.

She also said that the COVID vaccines are failing to reduce the spread of the virus.

The tweet is now unsharable and has a warning that says “misleading.”

Twitter (TWTR) has suspended Rep. Marjorie Taylor Greene’s account for one week following another violation of the platform’s rules, the company said Tuesday.

Greene tweeted on Monday that the Food and Drug Administration “should not approve the covid vaccines.” She also claimed the vaccines were “failing” and that they were ineffective at reducing the virus’s spread.
In response, Twitter labeled the tweet as misleading and prevented Greene from tweeting for one week.

The tweet, a company spokesperson said, “was labeled in line with our COVID-19 misleading information policy. The account will be in read-only mode for a week due to repeated violations of the Twitter Rules.”

Once they are suspended for the fifth time it can result in a permanent ban.

This is Marjorie Taylor Greene’s 3rd time being suspended according to CNN but only one of the other suspensions was due to COVID.

According to VAERS, 11,405 people have died from the COVID vaccine.

OpenVAERS Website Is “Currently Offline” After Number of COVID Vaccine Deaths Reaches 11,405 as Listed on the Website