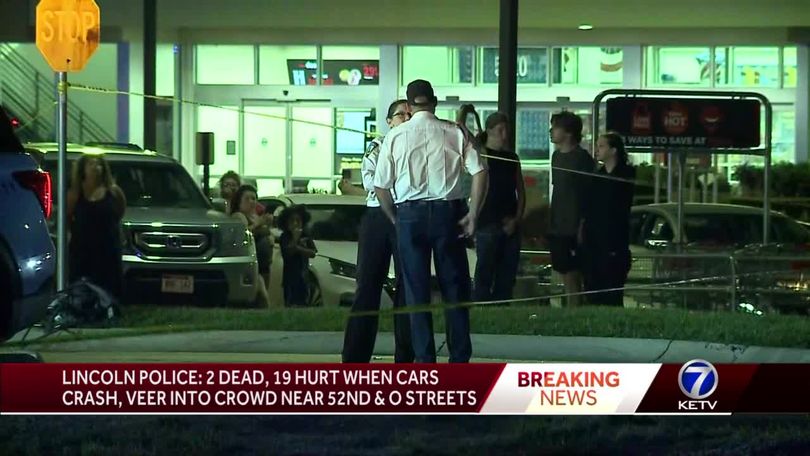 According to authorities, two people are dead and at least 19 others injured after a two-car crash struck multiple pedestrians in Lincoln, Nebraska.

According to a report by CNN, Lincoln Police Captain Max Hubka said at least one of the 19 injured is in critical condition, while the others who were transported to hospitals do not have life-threatening injuries.

Close to 11 pm Sunday, one car traveled westbound near 52nd and O Streets, while the other was turning left eastbound.

A T-bone crash then swept towards pedestrians along the street, leaving one person with life-threatening injuries.

Footage from the horrific scene showed car wreckage consumed by fire as a crowd of pedestrians tried to flee.

TRENDING: 2000 Mules Investigator Gregg Phillips To FOX News: “It’s One Thing that You Chose to Stay Silent While 2000 Mules Went Viral – It’s an Entirely Different Matter that You Have Chosen to Lie to the World”…”Game on Boys and Girls” [VIDEO]

During Memorial Day weekend, the city has a lot of events with many “pedestrians and bystanders out on the street,” Hubka said.

The annual Americruise event was underway to mark Memorial Day Weekend. The event’s Facebook page, which is currently disabled, noted, “Every Memorial Day Weekend, hundreds of cars, bikes, and trucks flock to Lincoln, NE to cruise down O Street to show off their rides and do some hooning!”

“We had people sitting along the sidewalk too when the accident occurred,” he said.

Two women who were passengers in one of the vehicles were killed. The driver of the other vehicle is receiving treatment at a hospital, Hubka said.

It is unclear if any of the passengers in the vehicles were part of the Americruise event.