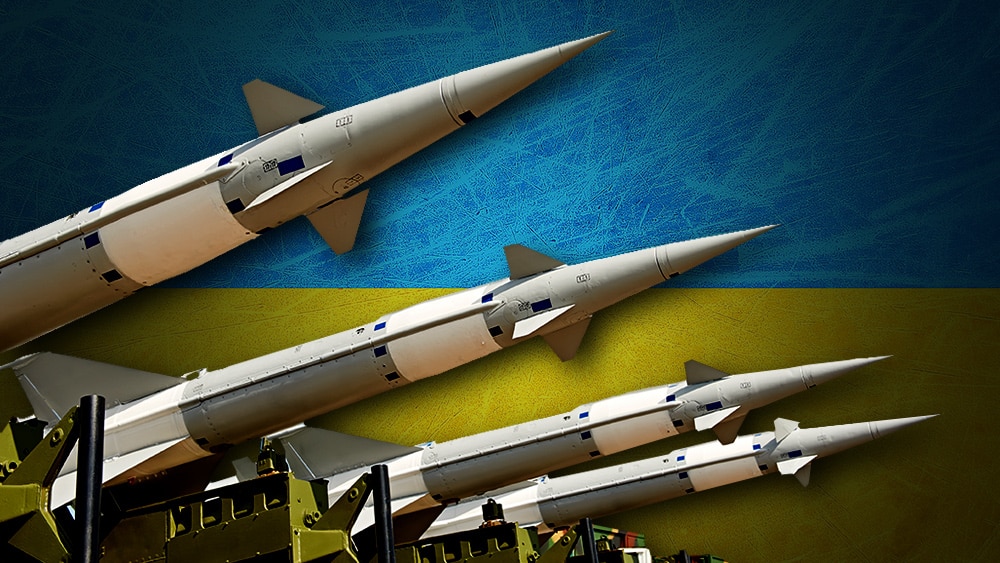 (Natural News)
The United Kingdom has confirmed the delivery of modern laser-guided Brimstone 2 missiles to Ukraine, according to the British Ministry of Defense (MOD).

In a Nov. 27 video posted on Twitter, the MOD showed multiple bundles of the missiles delivered from the Royal Air Force Brize Norton Base in Oxfordshire to an airfield at an undisclosed location. According to the ministry, the said missiles were part of an “aid package” London sent to Kyiv.

“As part of its aid package, the U.K. has provided Brimstone 2 missiles – a precision-guided missile – to the Ukrainian Armed Forces,” the MOD stated, confirming earlier media reports. “This aid has played a crucial role in stalling Russian advancement.”

The new Brimstone 2 missiles were only a part of British military support to Ukraine. Last spring, British forces allegedly started delivering previous versions of the missile to their counterparts in Kyiv. The missile shipments first became public on Nov. 21, when initial photos of the cargo were released by the British Forces Broadcasting Service.

According to an earlier report by the Ukrainian News Agency, London will also supply Ukraine with Sea King helicopters. It came following a promise by the British government that it would deliver scores of artillery guns, hundreds of drones, more anti-tank weapons and 50,000 rounds of ammunition.

“The delivery of the new equipment will significantly step up the U.K.’s support as the country fights to repel Russia’s brutal and unjustified invasion,” said the MOD.

Brimstone 2 improved for more lethality on the battlefield

The Brimstone 2 was originally created for firing from an aircraft to attack ground targets, including moving vehicles. It functions by tracking a laser fired by troops, aircraft or vehicles and hitting the target. When used this way, it can be employed in reinforced areas with precision to diminish the possible collateral damage among the civilian populace.

Alternatively, it can choose its own target from a pre-programmed list by using extremely high-frequency millimetric wave radar. This permits the missile to examine the battlefield and pick the most suitable target.

In spite of the Brimstone 2’s recommended use, Ukrainian soldiers have used them from ground launchers such as modified trucks. Tanks and other armored vehicles are often the targets of Brimstone 2 missiles, with a video showing the Ukrainian military using them against enemy units.

Improvements done to the missile system in 2010 yielded an improved homing head, modular design and airframe and updated software. The Brimstone 2’s flight range also tripled after these improvements, with its flight range now more than 37 miles when fired from an aircraft and up to 25 miles from a helicopter.

Downing Street’s shipment of Brimstone 2 missiles to Kyiv appeared to brush off Moscow’s constant warnings about the risk of provoking a straightforward conflict between North Atlantic Treaty Organization (NATO) and Russia. (Related: Russia continues gaining ground in Ukraine as US, NATO pour in weapons to prolong the inevitable.)

The Kremlin has warned that continued delivery of advanced weaponry to Ukraine by the U.S., U.K. and other NATO members risks extending a war and triggering a direct conflict with Russia. It described Russia’s conflict with Ukraine as nothing short of a proxy war against the U.S. and NATO. Meanwhile, Russian President Vladimir Putin described Russia’s situation as fighting “the entire Western military machine.”

Follow MilitaryTechnology.news for more stories about Brimstone 2 missiles and other advanced weapons systems being delivered to Ukraine.

Watch the U.S. Air Force prepare a weapons shipment to Ukraine below.

ANALYST: Russia has a moral imperative to neutralize Ukraine’s weapons systems that allowed NATO to threaten Russia with bioweapons

Weapons NATO sent to Ukraine ended up in the hands of criminal gangs in Finland, Netherlands, Sweden and Denmark.