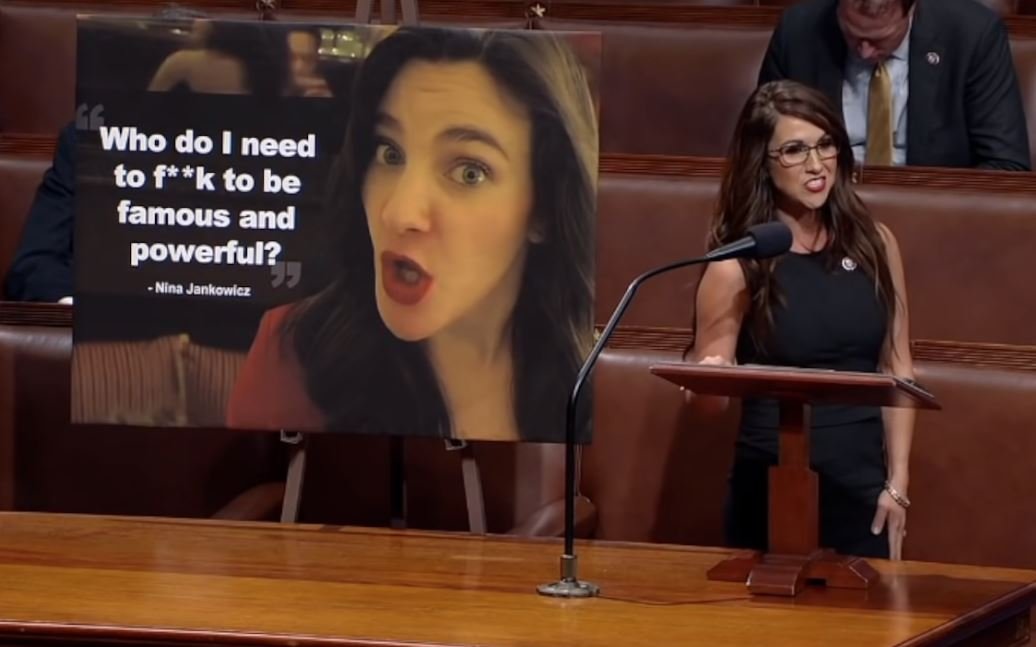 Cawthorn had two things against him: He loved MAGA and Trump and he spoke the truth about Washington corruption. For this, Republican elites and their Democrat allies spent millions of dollars and ran a vicious smear campaign to take him out. One uniparty group released naked photos of the 26-year-old lawmaker and lied about his sexual activities.

If Republicans were a serious political party they would have done all they could to defend and promote this amazing young Republican politician.

But they aren’t and they didn’t.

According to Micah Bock, the North Carolina Republican establishment GLOATED after the Uniparty defeated MAGA Rep. Madison Cawthorn, the youngest member of the US Congress.

Now the Uniparty group that took down MAGA favorite Madison Cawthorn is taking aim at Republican star Lauren Boebert next.

The group that posted a viral sexually explicit video of a nude Rep. Madison Cawthorn in bed with another man is now focusing on Rep. Lauren Boebert of Colorado for its next takedown, Insider has learned.

The group on Thursday launched fireboebert.com, seeking tips on information, pictures, videos, or documents on Boebert or her associates. The first tweet by @FireBoebert read, “Hi @RepBoebert – Ask @RepCawthorn about us. We look forwarding to getting to know you.”

Their logo: a Dumpster fire emblazoned with “FIRE BOEBERT.”

While Wheeler is a Democrat, his cofounder is unaffiliated, and the group counts some Republicans among its advisors.

Wheeler told Insider on Wednesday he’d already received “interesting information” about the Republican firebrand, whose primary against GOP state Sen. Don Coram is on June 28. The information is “certainly not as salacious as some of the Cawthorn stuff,” he said. It deals, instead, with financial matters, he added, declining to disclose more details.