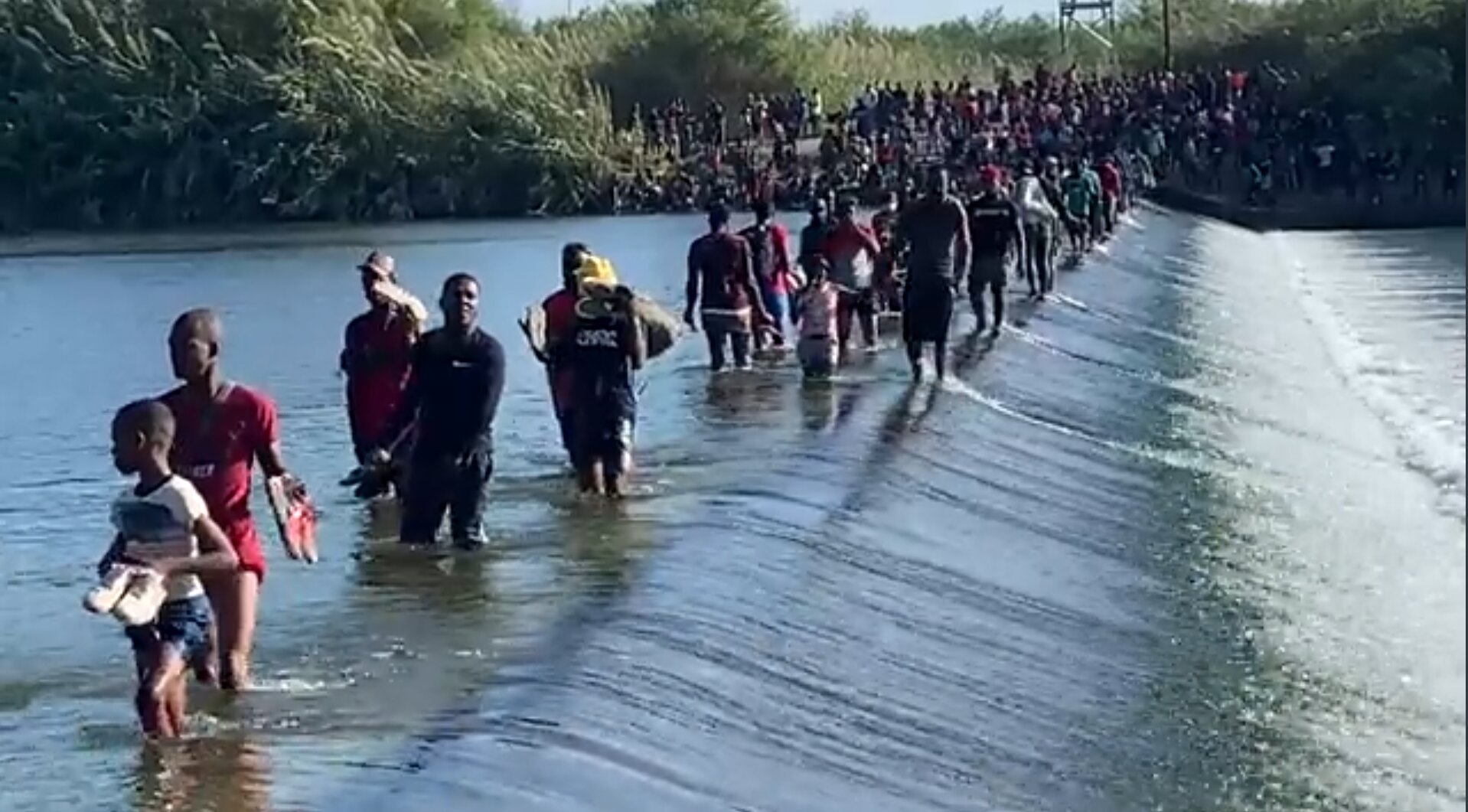 The United States began flying Haitians camped in Del Rio back to their homeland on Sunday.

Repatriation flights out of San Antonio started on Sunday.

At least three flights with 145 passengers each have left San Antonio and arrived in Port-au-Prince.

According to Fox News reporter Bill Melugin, single adult men will be expelled via Title 42, but most family units will be processed and released into US w/ NTA (notice to appear).

NEW: U.S. Border Patrol Chief Raul Ortiz says there are currently 12,600 migrants under the bridge in Del Rio. Told me single adult men will be expelled via Title 42, but most family units will be processed and released into US w/ NTA (notice to appear). @FoxNews pic.twitter.com/JhaS3YB4pX

The U.S. flew Haitians camped in a Texas border town back to their homeland Sunday and tried blocking others from crossing the border from Mexico in a massive show of force that signaled the beginning of what could be one of America’s swiftest, large-scale expulsions of migrants or refugees in decades.

Three flights with 145 passengers each arrived in Port-au-Prince, and Haiti said six flights were expected Tuesday. In all, U.S. authorities moved to expel many of the more 12,000 migrants camped around a bridge in Del Rio, Texas, after crossing from Ciudad Acuña, Mexico.

When the border was closed Sunday, the migrants initially found other ways to cross nearby until they were confronted by federal and state law enforcement. An Associated Press reporter saw Haitian immigrants still crossing the river into the U.S. about 1.5 miles (2.4 kilometers) east of the previous spot, but they were eventually stopped by Border Patrol agents on horseback and Texas law enforcement officials.

As they crossed, some Haitians carried boxes on their heads filled with food. Some removed their pants before getting into the river and carried them. Others were unconcerned about getting wet.