US factory orders PLUMMETED in December due to inflation, shortages 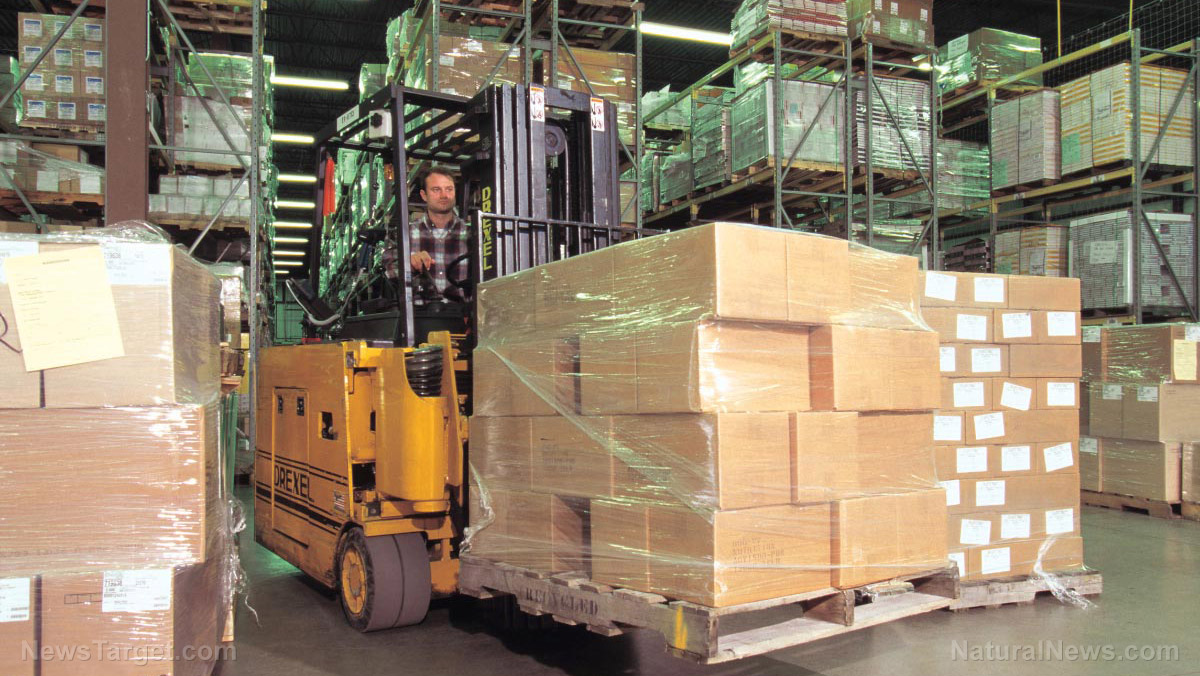 (Natural News)
The latest report from the Department of Commerce revealed that factory orders in American factories dropped by 0.4 percent in December. This is the largest month-to-month drop since April 2020. Initial forecasts by economic analysts believed factory orders would only drop by 0.2 percent.

New data from the Commerce Department has also shown that factory orders for American-made goods fell twice as much as expected in January.  (Related: US companies relying on American-made products and raw materials are THRIVING during supply chain crisis.)

Factory orders were rising for seven straight months, including a revised 1.8 percent gain in Nov. 2021.

America losing billions of dollars due to decrease in new orders

Last month, the United States made $530.7 billion from new orders for manufactured goods. The 0.4 percent drop might not look like a lot, but keep in mind that the American manufacturing industry accounts for nearly 12 percent of the entire economy. Even a drop of less than half of a percentage means the country is losing out on billions of dollars worth of revenue that could have gone to businesses and their employees.

Economists studying the drop in new orders for American-made goods believe that it is caused at least partially by inflation and by businesses still dealing with inventory shortages. This analysis is supported by the Commerce Department’s data for unfilled orders.

The decrease came even though orders for some American-made goods increased in December, such as for machinery, primary metals and fabricated metal products.

Any increases were offset by massive decreases in demand for American-made electronic products like computers as well as transportation equipment.

America’s supply of semiconductor chips determines the health of many parts of the manufacturing industry, especially for factories that primarily build electronic equipment and other appliances and products that rely on computer chips.

In another Commerce Department report, it warned that the U.S. supply of chips has fallen to alarmingly low levels, raising the prospect of dozens, possibly hundreds of factories all over America shutting down.

In 2019, right before the Wuhan coronavirus (COVID-19) pandemic, a survey of 150 companies in the U.S. found that they had 40 days supply of semiconductors. Now, these same companies are down to less than five days of inventory. This problem is compounded by the fact that demand for semiconductor chips has grown by 17 percent from 2019.

Semiconductor chip shortages have already disrupted many parts of the manufacturing industry, notably the production of automobiles. The slowdown in production has contributed significantly to the over seven percent year-over-year increase in the price of automobiles last month – the largest inflationary period for the industry in four decades.

Instead of attempting to resolve this problem on its own, the administration of President Joe Biden has passed this concern on to Congress, citing the need to prioritize stalled legislation that would supposedly solve the crisis by providing $52 billion for domestic semiconductor production.

“The semiconductor supply chain remains fragile, and it is essential that Congress pass chips funding as soon as possible,” said Commerce Secretary Gina Raimondo in a statement. “With skyrocketing demand and full utilization of existing manufacturing facilities, it’s clear the only solution to solve this crisis in the long-term is to rebuild our domestic manufacturing capabilities.”

Even if Congress passed the bill immediately and provided factories with a $52 billion stimulus for the production of semiconductor chips, it would take years before factories dedicated to producing chips begin production. This begs the question of whether the American economy can wait that long before this crisis is resolved.

Inflation is hitting low-income families the hardest, with some now spending 1/3 of their budget on food.

Despite wage increases, the average US worker lost money in 2021 due to soaring inflation.

Survey finds most global CEOs expect inflation to last through 2023 and beyond.

Want to protect your assets against inflation? Consider owning precious metals like gold and silver.

Watch this Jan. 24 episode of the “Thrive Time Show” with host Clay Clark as he talks about how the massive inflation caused by Biden’s economic policies herald the coming collapse of the American dollar.

The “Thrive Time Show” with Clay Clark airs from Monday to Friday at 3:30-4 p.m. on Brighteon.TV.

Learn more about the state of the American economy by reading the latest articles at MarketCrash.news.