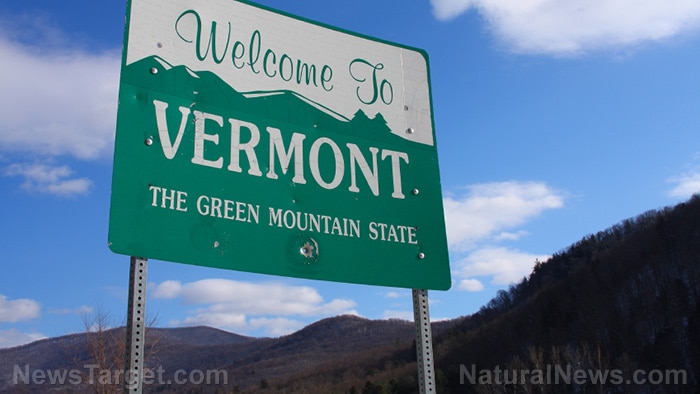 (Natural News)
The results are in, and the far-left state of Vermont has, as expected, voted to amend the state constitution to permanently enshrine abortion, also known as baby murder, as a non-negotiable human right that can never be taken away by anyone.

Following the Supreme Court’s June decision to overturn Roe v. Wade, several states, including Vermont, promised to fight back by codifying abortion as a human right in their constitutions, right alongside free speech and the right to bear arms.

“An individual’s right to personal reproductive autonomy is central to the liberty and dignity to determine one’s own life course and shall not be denied or infringed unless justified by a compelling State interest achieved by the least restrictive means,” the amendment reads.

The measure passed in a landslide with about 72 percent of Vermont voters, or 133,000 people, in support of it. According to the Secretary of State’s office, only 42,000 Vermonters voted against the abortion amendment.

Abortion was, and still is, legal in Vermont with or without Roe. What the amendment does is prevent any future legislation from eroding that legality in the future.

Vermont’s passage of the constitutional amendment marks a first for the country. Two other states, California and Michigan, also put similar measures on their ballots this cycle.

California’s version passed overwhelmingly as well, as did Michigan’s.

Ten other state supreme courts have similarly codified abortion as already being a right based on their respective constitutions, so abortion is not going anywhere in those either.

In the Golden State, some 66 percent of voters affirmed the passage of Proposition 1, which not only guarantees abortion as a human right but also expands the state’s current abortion laws.

Proposition 1 also provisions that contraception be considered a human right, meaning condoms and other anti-reproduction tools cannot be denied. It also appears to allow for abortions right up until the moment of birth.

The rhetoric behind the measure involves lots of usage of the term “reproductive freedom,” which denies the freedom of unborn children to not be murdered. The bill is ageist in that regard because it grants more rights and freedoms to women of child-bearing age than to their unborn children.

“… the state shall not deny or interfere with an individual’s reproductive freedom in their most intimate decisions,” the measure reads.

“So if a baby is crowning and coming out of the womb, the mother can now decide at that moment to change her mind and have an abortion,” wrote a commenter about what California’s new measure allows. “That’s screwed up.”

“Yep,” responded another. “Then the ‘attending’ physician simply sucks the child’s brains out and readies for the sale of baby parts. Wondering if the ‘mother’ is in line for a commission?”

Someone else chimed in that “being from LA,” he is keenly aware of far-left Californians’ total lack of consideration for what the abortion procedure actually entails, especially when it is done very close to birth.

“Leftists and liberals don’t care or even consider this to be disgusting,” this person wrote. “Being from LA has taught me over the course of a lifetime that these lunatics are completely unwilling to self-reflect.”

Another wrote that the next step for the baby murderers is to legalize post-birth “abortion.”

“Next they will want to wait until the baby is a year old and turns out to be a lot of trouble to take care of,” this person wrote. “We are so doomed.”

The latest news about the Left’s obsession with abortion can be found at Abortions.news.