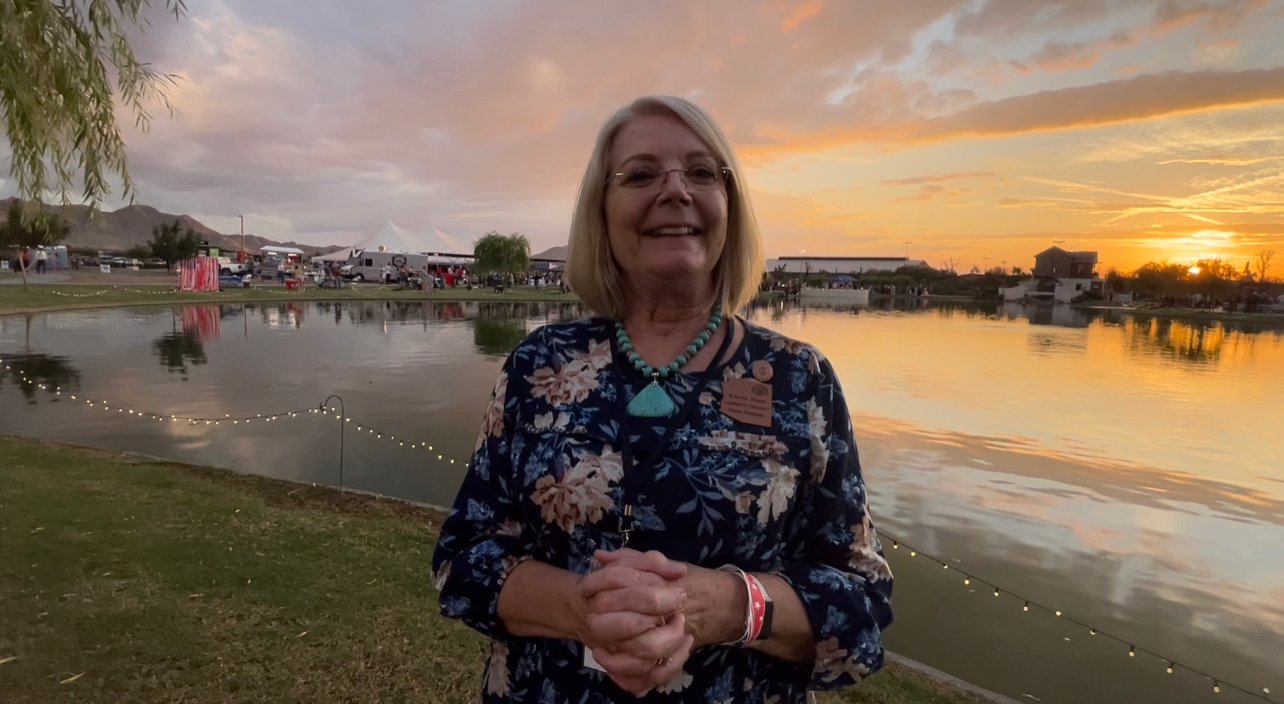 The Arizona Senate and Maricopa County reached a settlement over the subpoenas for routers, Splunk logs, and administrative access to elections systems.

The Gateway Pundit reported that this was a win for the Senate because they will have router and Splunk log access, that will answer all of the questions that have been raised. A joint style audit of the routers was originally proposed by Doug Logan months ago to settle the County’s artificial concerns of law enforcement data exposure.

HUGE WIN For Arizona Senate: CyberNinjas WILL Access The Routers As Requested – Questions WILL Be Answered

The County’s refusal to accept this solution previously shows that they were hiding something. Senate President Karen Fann has assured us that auditors will be able to find out if they made any changes to the software, since then.

They played their meeting in the classic way, attacking the Senate and misleading the public to believe that it was a win for the County.

Later, Maricopa County Sheriff Penzone ripped the Supervisors for their “failed leadership”, saying this move will cause them all to “pay dearly”

Conradson: So, you, Senator Sonny Borrelli, Senator Wendy Rogers, Senator Peterson, you all say that this settlement with the County yesterday was a win. A lot of people think otherwise, can you explain how it’s a win?

Fann: Yeah, it’s a huge win for us. So remember we have been for months, trying to get access to the routers and the Splunk logs and a few of the other things. We were successful in getting some stuff on the subpoena but they’ve been holding these out for months. And the reason why we needed, we need the data from them, we need the information so we can finish the audit. Luckily we tried to work with them, but Senator Borrelli filed the 1487 A few weeks ago. Our Attorney General Mark Brnovich, he rendered an opinion that said that we are in the right and that he also believes that the Maricopa County Board of Supervisors was in violation of statute 1487 and gave him a deadline to turn everything over. So, a couple of days ago they reached out to us and said, Would you consider talking a settlement with us? And we said, depends on what it is. So they came to us and they said look, our main concern is we just don’t want the auditors actually touching the routers. But were willing to work with you on that…

So they called and asked if we would consider settling with them and we said, let us know what your proposal is and they came back and they said, we just, we’re not comfortable with the auditors or other people you know actually touching the routers. So what they had offered is we will appoint a special master, who is an official, a special master, who has the credentials and will be independent and will pick two…

And the special master will be picking two independent IT professional companies, and what we will do is, our auditors and his folks, they will all give the special master all the things that we need. Our questions what we need where we need it from, and those IT people aren’t going to be the ones that will extrapolate all that information for us, so we will get all that information so we can see if we can get this audit finished. People want the audit finished, we’ve got to get this done.

Conradson: So, what do you say to those who say this isn’t because the auditors are not actually receiving the routers, they’re getting access to them?

Fann: So, it’s so in the question that you just had about, you know what about the ones that say you aren’t really receiving the routers, we don’t have to have the routers physically. As long as we can get the information from those routers that we want. We actually offered this a couple of months ago. The auditor said look, if you’re not comfortable bringing the routers to us, will come to you at MCTEC, and your people can be sitting right there, and then we will just be right there next to them and we can do the same thing. The Board of Supervisors refused. This could have been done again months ago, but now here we are after court case, after everything else. Now we’re finally going to get the information, and, and then in addition to that they also said we’ll drop that $2.8 million claim against you, and here’s the real sweet thing about it is, this is only to settle the 1487. We still have 100% full control and full ability to do anything we want. So if we need something else tomorrow. If we don’t think that they’re being aboveboard with us, we can issue another subpoena tomorrow and we’ll start this all over if we need to, but at least it got them off the dime, and maybe we can actually now get this thing done.

Conradson: How was Shadegg chosen?

Fann: John Shadegg was one of the names that were put forward and yes we jointly agreed to him. For those of you who may not know John Shadegg, most of us have known him for many decades. He was a congressman for over 15 years, he is an attorney, he took Jon Kyl’s seat. He has been a well respected man for many decades around here, he’s an Arizona guy. We believe that he will be an excellent one. Now there’s been questions about, oh well you know he did some work for Hickman’s Farm. You know what everybody’s done work for everybody around here, and I will tell you that just because he did some stuff representing Hickman Farm a few years ago, doesn’t mean that he’s not qualified and capable and will be fair and unbiased, he’s great. And so we’re happy with it.

Conradson: What will the joint audit look like, visually? What will looking over the shoulder look like?

Fann: What will happen is Congressman Shadegg will pick the IT experts, we will, and we say we, I mean the auditors that would be Doug Logan and Ben Cotton and Randy Pullen. They will give them all the questions and tell them exactly what we want…

A couple of professional IT experts, and then letting us know who they are and making sure everybody’s okay with them, and then CyberNinjas, Ben Cotton, everybody that’s involved with this, they will give John, all of the information that they need, tell us what we need, where we need it from, the backup documentation, if we need screenshots whatever we need. That’s what we’ll do, he will give that to the IT people, they will extrapolate all of that information for us, and turn that over to us so we can take all of that data and apply it to the audit,

Conradson: And so will we be able to see if they’ve deleted anything over the past nine months?

Fann: we should be able to but I’m, what I’m going to tell you, well the answer is yes I should rephrase that. Yes, but I can’t go into a lot of details right now about what is in the audit report. But there’s going to be an entire section on that in the report.

Fann: Yes correctly, because that was the what was part of the issue that we had said before was what they were more concerned about, is the chain of custody, and with those routers, make sure that, you know, nobody was monkeying with them. That’s why we offered months ago to go to them we said, don’t move the routers. In fact, we offered to do the entire audit there, I told the supervisors, let’s do this together. Let’s do it at your facilities, don’t move the ballots, keep everything exactly where it is. Let’s do this together, and they originally said, That’s a great idea. We’ll do it and then they went into an executive session and came out and said, now, we’re gonna do our own, and then that’s when they picked Pro V&V and SLI who are not forensic auditors, so therefore, we had to go get our own do our own.

Conradson: And then another concern I was hearing is that we’re not going to be able to tell another country, perhaps China interfered with the election.

Fann: It’s not necessary but unnecessarily true, and those are things I’m not allowed to discuss right.

Conradson: Okay, and then so, was this a compromise for the Senate?

Fann: No. It was a big win for the Senate, because not only are we getting all of the data and information we’ve been looking for, for the past what four or five, six months, we get that they dropped the 2.3 million. And as I said, we still have total control we still can subpoena everything we want. And remember, when this is all done, we’re handing all this over to the Attorney General’s Office. We will keep our data and we will do whatever we need to pass more laws and to fix the problems we have in election laws and Attorney General Mark Brnovich, he’s going to be in charge of doing the investigative side, to see where people didn’t follow the rules, and let him do the criminal side of it.

Later, President Fann assured us that they would be getting access to the Splunk logs.

The Arizona audit report will be presented to the public at 1:00 p.m. on Friday, September 24.

BREAKING: AZ Candidate For Secretary of State Mark Finchem: “I Call On Arizona To Decertify The Election Of 2020 And Recall The Electors… We Have A Duty To Act” – 96K+ GHOST VOTES

All evidence of criminal wrongdoing presented on Friday will be referred to Attorney General Brnovich.