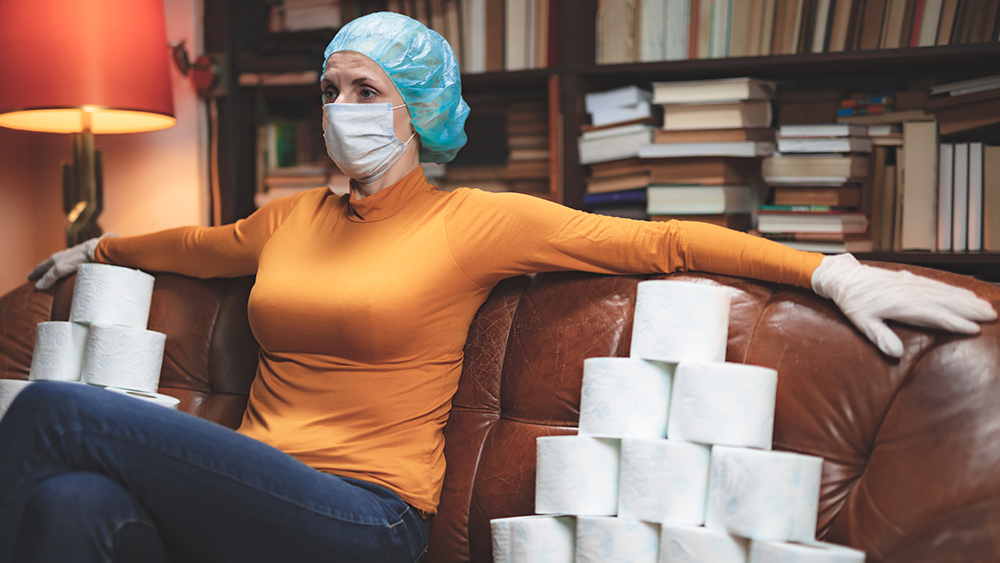 (Natural News)
A fresh round of supply chain woes is hitting Costco and Walmart, which are once again limiting purchases of toilet paper due to the Wuhan coronavirus (Covid-19).

According to reports, the two retail giants are blaming the shortage on many cargo ships that are waiting to dock off the coast of Southern California. Some of these containers have been sitting out in the ocean for months because the Fauci Flu is preventing them from being unloaded.

Millions of dollars’ worth of goods are also sitting in warehouses in China where they await shipment to the United States. Suppliers are not even bothering to load them up because they know there are no ports open on the other end.

But wait: Isn’t toilet paper produced in the United States? There’s an excuse for that, too. Not enough truckers are available to transport goods across the country, and freight trains are also now being delayed due to Chinese Germs.

For a while, there was still enough supplies locally to keep store shelves from going bare. But the chickens are finally coming home to roost as consumers are increasingly unable to find the products they need.

The situation bodes ominous for the upcoming Christmas season, which is when crony capitalism’s biggest gold rush of the year. Large multinational corporations like Walmart and Costco rely on lots of made-in-China products being sold during this time, and the situation in 2021 looks grim for them.

Will there even be a normal consumer Christmas this year?

Because of all the uncertainty, some corporations are telling Americans to buy their Christmas gifts early to ensure that high-level executives are able to rake in their bonuses regardless of what happens.

BJ’s Wholesale Club is another large corporate chain that says it is now limiting sales of all kinds of paper products, particularly in New York. Shoppers across the Empire State are being told that they can only purchase two bundles of toilet paper at a time.

“There is no immediate end in sight,” reported the DailyMail Online grimly. “Inflated COVID unemployment payments ended in September which many hoped would drive a surge in jobs, but the response has been sluggish at best.”

Thanks to fake “president” Joe Biden’s Fauci Flu injection mandates, nobody wants to work, either. Last week, the worst jobs report in a while was revealed, with only 194,000 jobs added as opposed to the 500,000 that were expected.

Federal Reserve Chairman and career criminal Jerome Powell recently announced that these Chinese Virus-induced problems will only continue to grow well into next year. Like many others, Powell blames the “Delta variant” for the inflationary policies caused by many decades of Federal Reserve money printing.

“Knowing the challenges the overall supply chain system is facing, we’re taking additional steps to navigate the hurdles and minimize disruption, so we can deliver for our customers this holiday season,” announced Walmart’s Executive Vice President of Supply Chain Operations, Joe Megetz, in a press release.

“We’ve worked with suppliers to source holiday merchandise earlier than usual and are finding ways to move those products inside our supply chain network as quickly as possible. We have been laser-focused on inventory levels since the start of the pandemic and reported higher inventory in the second quarter this year than a year ago. While we’d like to see inventory levels continue to improve, we’re on the right track.”

The latest news about how Chinese Virus hysteria is collapsing the entire global economy can be found at Collapse.news.