Wife of Jan. 6 Political Prisoner Outraged Over Double Standard: Why Are Black Lives Matter Protesters Paid $70K After Being Banned From Capitol? 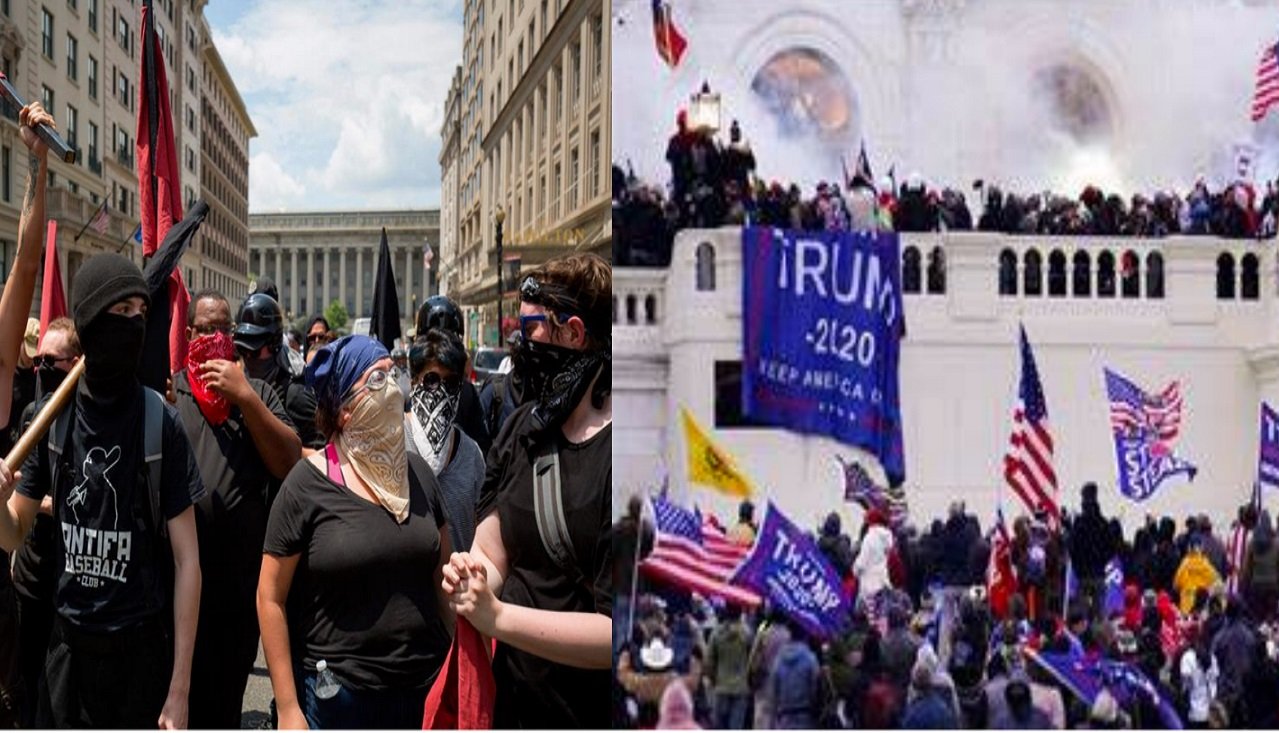 As hundreds of Trump supporters sit in DC jails cells for allegedly walking into the Capitol building while protesting results of the fraud-ridden 2020 election, Black Lives Matter activists will be awarded $70,000 after getting banned from the Iowa state capitol and fighting police officers.

BLM activists protested at the Iowa State Capitol last July against a law barring convicted felons from voting when they started attacking law enforcement officials. Following the altercation, Des Moines police arrested 17 of the protesters on charges of disorderly conduct or assault.

Citing a trespassing statute in state law, the Iowa State Patrol sent the protesters who were apprehended a letter banning them from setting foot on the Capitol grounds for up to a year.

A copy of letter warning protesters they are banned from Capitol grounds following altercation with law enforcement.

Five of the protesters represented by the American Civil Liberties Union then sued the Department of Public Safety Commissioner and three of state troopers arguing law enforcement officials could not legally ban people from public property.

In December, U.S. District Court Judge Rebecca Goodgame Ebinger sided with the protesters and prevented the state from enforcing the bans, contending the ban from the Capitol would “likely burden more speech than is necessary to achieve the significant state interests of preventing violence and ensuring public safety.”

A judge dismissed the charges against four of the protesters, Jalesha Johnson, Louise Bequeaith, Brandi Ramus, and Haley Jo Dikkers.

Brad Penna, who allegedly tugged at an officer’s arm as an arrest was being made, was found guilty and charged with assault. However, prosecutors reached a plea agreement with Penna on a lesser charge of “interference with official acts,” resulting in a $250 fine,” Des Moines Register reports.

The American Civil Liberties Union filed a lawsuit on behalf of the five protesters against Department of Public Safety Commissioner Stephan Bayens and several state troopers arguing law enforcement officials could not legally ban people from the public property.

The attorney representing the group of BLM protesters argued they were not given a chance to defend themselves from the ban and weren’t convicted of any offenses to warrant the ban when it was imposed.

In a settlement approved by the State Appeal Board on Monday, the Department of Public Safety agreed to rescind all verbal and written bans to protest and awarded the five protesters $5,000 each. Their lawyer is to receive 45,000.

Individuals “may continue to enter and use the Iowa Capitol Complex on the same basis and under the same terms as any other law-abiding member of the public,” the settlement states.

Meanwhile, the Justice Department, with the consent of federal judges in Washington, D.C., continues to punish Americans for protesting the election of Biden.

Hundreds of people have been targeted by the government, , arrested in pre-dawn raids and hauled off to jail for after wandering toward or even into the Capitol Hundreds while attending President Trump’s speech in Washington, DC.

Democrats warn the events of January 6 were worse than the Islamic terrorist attacks of September 11, 2001, which resulted in the deaths of 2,977 innocent people, and were equivalent to Pearl Harbor, which entered the U.S. into the Second World War that killed more than 400,000 Americans.

As they sit behind bars awaiting trials that won’t begin until next year, or until they accept a plea deal, their family members are outraged by the justice system’s brazen double standard.

“Anti-government” Antifa and Black Lives Matter protesters are not only evidently exempt from the law, but they are now being rewarded breaking the law while our people sit in jail,” Deena Hackett, the wife of Jan. 6 protester who faces a twenty-year sentence for walking into the Capitol building for 10 minutes, told The Gateway Pundit.

“It’s absolutely crazy. I can’t even wrap my head around it,” she said. “Are the hundreds of Black Lives Matter activists facing years in prison after protesting – looting and trying to kill police officers – throughout the summer of 2020?

“They’re in prison alright – they are getting paid after being banned from the Capitol. Our people have been imprisoned for seven months.”

As the Gateway Pundit reported, Hackett’s husband, Joseph, a 50-year-old chiropractor, now faces a 20-year sentence in federal prison after “heinously” stepping in the Capitol Building for approximately ten minutes on Jan. 6.

According to court documents, prosecutors claim Hackett allegedly walked into the Capitol Rotunda towards the House of Representatives on Jan. 6 at 2:45 pm. He then left the Capitol at 2:54 pm.

Months later, on May 28, Joseph was apprehended as the FBI raided his home and he was indicted on federal charges of conspiracy, obstruction of an official proceeding, aiding and abetting, destruction of government property and illegally entering a restricted building.

“One of the [Jan. 6] family members wrote to the ACLU asking for legal assistance,” she said. “They sent her a letter in response, brushing her off. They do not want to help us.”

Hackett launched a crowdfunding campaign on GiveSendGo last month to support her husband and other political prisoners who can’t rely on support from their families, like Ryan Samsel, who was viciously beaten by a guard in the DC jail.

“He is now blind in one his eyes because of the injuries and he’s still sitting in there in a cell alone for 24 hours a day,” Hackett said. they don’t even let him talk to anybody.”

“The only thing the political prisoners are given to eat are  bologna and peanut butter and jelly sandwiches,” Hackett  said. “When Rep. Marjorie Taylor Green toured a facility in California where illegal immigrants are detained, they were getting fed wonderful meals, they all had i-Pads, could text and facetime their families whenever they wanted — and here are American people who shouldn’t even be in jail right now.”