(Natural News) Chinese state media – which spills onto US social media platforms — has become a hotbed of COVID-19 conspiracy-mongering in the past year. Will the Silicon Valley tech overlords apply the same standards to the Chinese Communist Party that they apply to average Americans?

(Article by Sundance republished from TheDailyBell.com)

The CCP has trotted out a compendium of next-level Pizzagate-caliber, officially-endorsed conspiracy theories designed to obfuscate their own complicity in the coronavirus epidemic that originated in Wuhan. 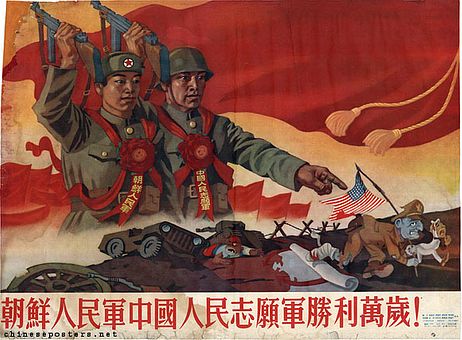 Anti-American Korean War-era CCP propaganda poster. The CCP has facilitated a renewed population-wide lust for anti-American propaganda in the past 2 years.

Even in 2021, the CCP-approved conspiracy theory has proliferated that an American cyclist from Ft. Detrick, Maryland imported the virus into China early last year where it then spread – with China wrongfully receiving international blame.

Somehow, the obedient, pacified, culled residents of Wuhan, China, have been allowed to return to “normal” life (to the extent that such a thing exists in phenomenal China) while the rest of the world continues to suffer. 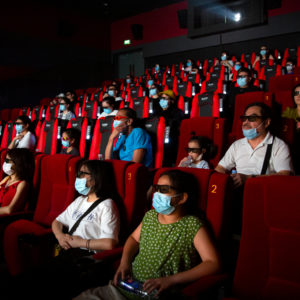 Of course, all the while, the corporate-state US media blames Americans themselves for the ongoing pandemic that China loosed on the world.

The New York Times, Huffington Post, etc. are quick to remind their readership at every turn that Wuhan’s residents enjoy the 2019 lifestyle while Los Angeles is a deserted hellscape because Americans are delinquents who won’t do as they are told:

This is a ritualistic exercise in sadomasochistic humiliation between dom (the corporate state) and sub (the average American). 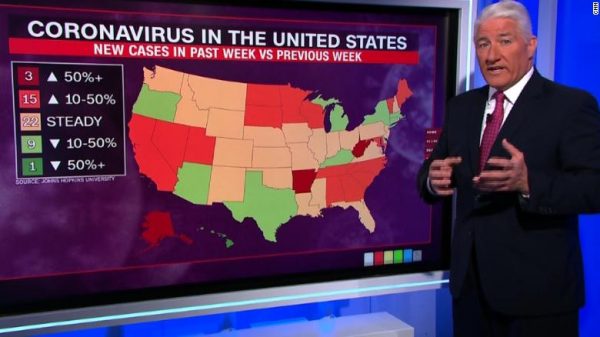 While CNN long ago went AWOL on journalism and instead devotes its current airtime to tormenting lonesome grandmothers with COVID death graphics, China has been quietly busy deleting records that might show where COVID really came from.

So far, no Western entity with power has done anything to stop the records deletion, least of all plastic “news” pop culture outlets.

News hit recently that the CCP has thrown 300 National Natural Science Foundation of China (NSFC) studies related to the Wuhan Institute of Virology (the suspected true origin of the COVID-19 coronavirus) down the memory hole, 1984-style.

Given a year to work freely without any real institutional, diplomatic, or international media pressure, the CCP has had plenty of time to scrub the records. Critical data may forever be out of reach of real forensic investigators (not CCP hired hands) who might be able to piece together the puzzle.

In her appearance and in her academic paper, Li-Meng Yan – a full-fledged virologist previously in good government standing in a position to know — posited that COVID-19 was not, in fact, a freak occurrence of nature, as the corporate media’s preferred conspiracy theory goes. Rather, the virus was a tech innovation that escaped the confines of the lab either intentionally or accidentally. 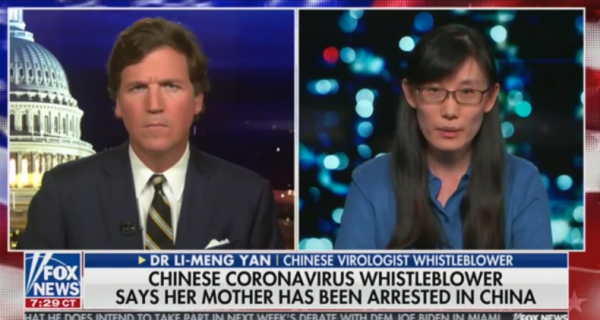 Li-Meng Yan was subsequently, as would be expected, subjected to unrelenting dismissal, criticism, and (ironically) conspiracy-theories from the mainstream press. Chinese authorities arrested her mother in early October 2020.

Within 24 hours of Li-Meng Yan appearing on Tucker Carlson’s show, Politifact issued a hit piece that referred to the lab-origin theory as a “conspiracy theory that has been debunked since the beginning of the coronavirus pandemic.” The lab origin has never been publicly debated nor scrutinized, much less “debunked.”

Both Li-Ming Yan and her co-author in the study investigating the natural-source COVID theory discuss the effects that media censorship has had on conducting an honest, open, science-based investigation into the source of COVID-19:

It is noteworthy that scientific journals have clearly censored any dissenting opinions that suggest a non-natural origin of SARS-CoV-28,22. Because of this censorship, articles questioning either the natural origin of SARS-CoV-2 or the actual existence of RaTG13, although of high quality scientifically, can only exist as preprints5-9,19-21 or other non-peer reviewed articles published on various online platforms.”

The obvious truth — apparent to anyone taking an honest view of the current climate at the intersection of science and politics – is that no study that concludes anything other than a firm assertion of the natural-source theory will ever make it into the pages of the Journal of the American Medical Association or the New England Journal of Medicine.

No preponderance of evidence will make any difference. The political line that COVID mutated as a freak accident in nature through bats has been laid from on high by Anthony Fauci and Bill Gates. They, their peers, and the monied foundations they create fund scientific research and development. They decide what gets published – and what subjects are up for financial backing and institutional support in the first place.

The PolitiFact hit piece on Li-Meng Yan’s lab origin analysis emphasizes that the official scientific hegemons do not approve of Li-Meng Yan’s theory, with the obvious conclusion presented that, accordingly, it must be false:

Several microbiology, infectious disease and evolutionary biology experts wrote in Nature — a respected scientific journal — that the genetic makeup of the coronavirus does not indicate it was altered.”

Medical bodies and public health groups and research institutions know where they get their bread buttered. That’s how the game is played. The #1 parameter is don’t embarrass your own funders by publishing research – or even attempting it in the first place – that deviates from the company line.

On the internet, it’s called being fully cucked. It has been clear for some time, but is crystalline by 2021, that we need alternative, transparent, open information dissemination systems. The existing academic, institutional, and social media infrastructure cannot be salvaged. It’s time to turn over a new leaf.

Read more at: TheDailyBell.com and CommunistChina.news.

44 mins ago Survive the News

44 mins ago Survive the News