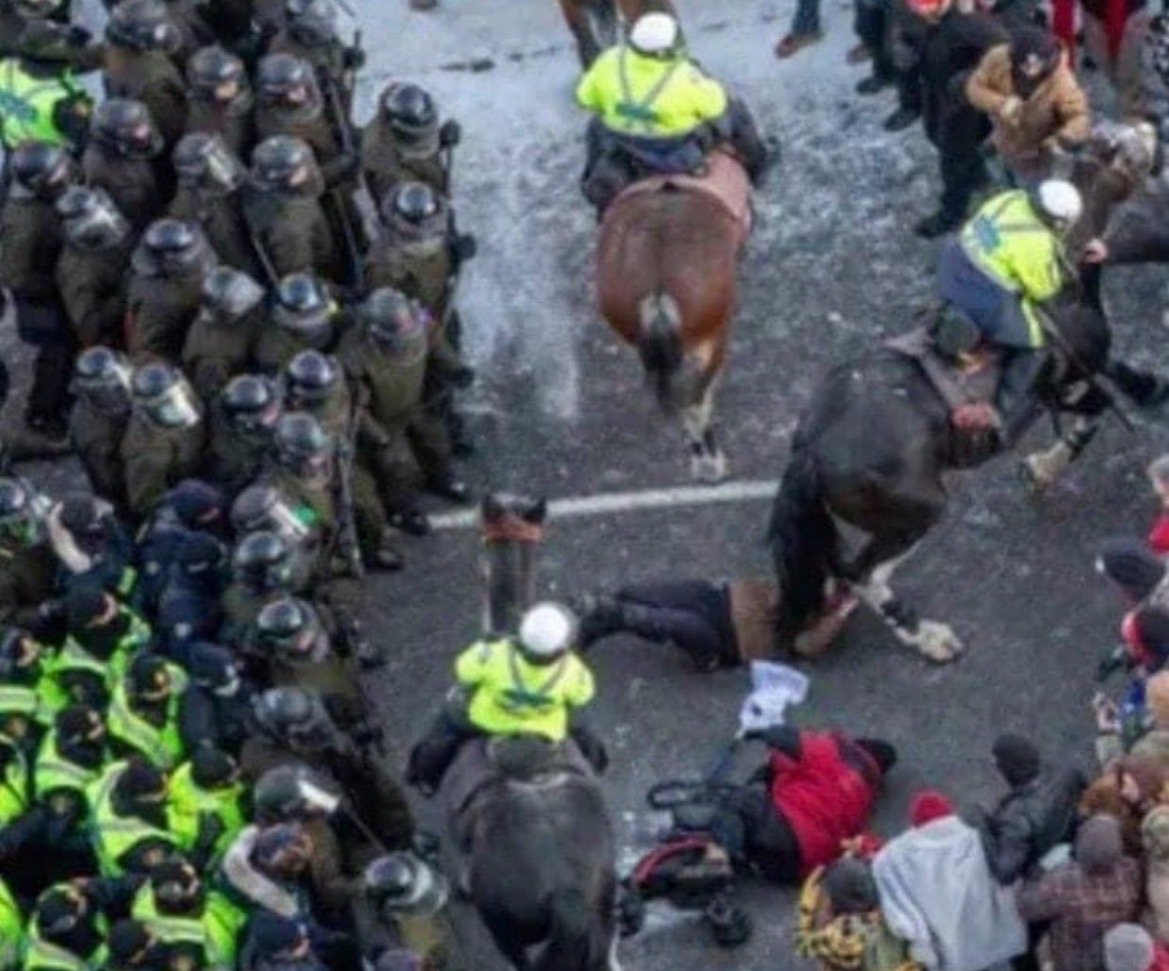 In February, just seven months ago, Justin Trudeau called in police on horseback to quash peaceful protests in downtown Ottawa. Trudeau was upset because the protesters did not agree with his ridiculous COVID policies.

At least one grandmother with a walker was trampled by the horses.

Justin Trudeau also locked down bank accounts of working-class Canadians who donated as little as $40 to the Freedom protesters.

They lost their banking privileges in the country because they disagreed with Justin.

Briane is a single mom from Chilliwack working a minimum wage job. She gave $50 to the convoy when it was 100% legal. She hasn’t participated in any other way. Her bank account has now been frozen. This is who Justin Trudeau is actually targeting with his Emergencies Act orders.

On Saturday Justin Trudeau tweeted out his support for the freedom protesters in Iran.

Canada strongly supports people who are expressing themselves and protesting peacefully in Iran. We are calling on the Iranian regime to end its repression of freedom of expression – and to end the ongoing harassment of, and discrimination against, women.

This is the same guy who tramples seniors on horseback in the snow!

The comments are lit!

Is this a fucking joke? There’s no way you wrote this. Your henchmen literally shot a Journalist and you trampled a Native Grandmother. You can’t be seen in public without someone calling you a Communist Traitor. For the love of God stop prostituting Canada to the WEF.

You invoked the Emergencies Act on bouncy castles.

Sit this one out Gumby.

You have no credibility

You support peaceful protests? Try another one on us.
Here is Tamara Lich being arrested — and then jailed for 50 days — for alleged “Mischief”. #TrudeauMustGo pic.twitter.com/IRMJiRzJbf

Tyrant Trudeau needs to sit this one out.