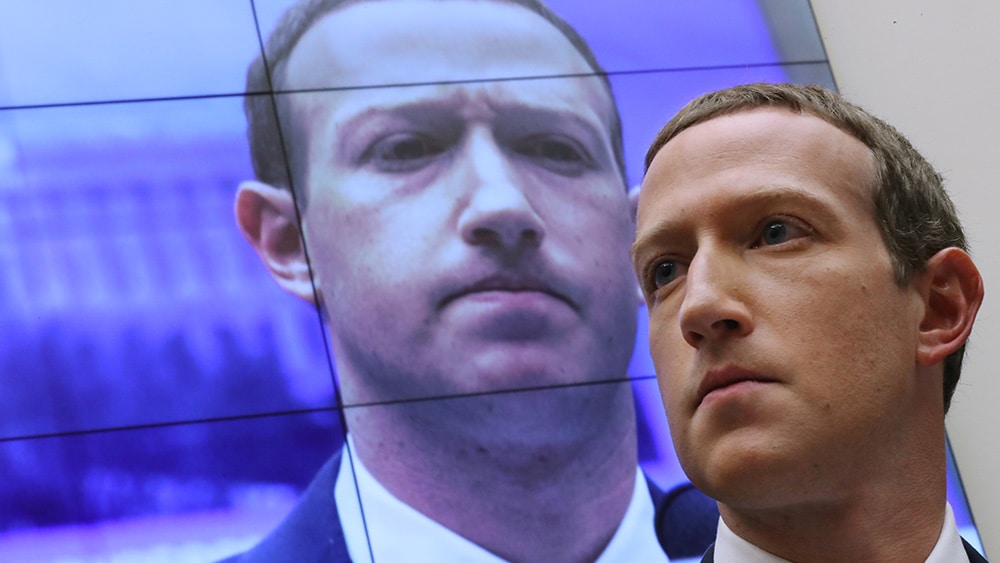 Right before Facebook decided to blacklist President Donald Trump from the social media platform, Zuckerberg admitted that this needed to be done because Trump was trying to “undermine” the transition of power.

Project Veritas analyzed hours of insider footage from Facebook, which exposes many top company executives conspiring to steal the 2020 election from Trump. They also brought up the Capitol protests, lambasting Trump for drawing his supporters to converge there on Jan. 6.

“It’s so important that our political leaders lead by example, make sure we put the nation first here, and what we’ve seen is that the president [Trump] has been doing the opposite of that,” Zuckerberg is further heard stating in the footage.

“The president [Trump] intends to use his remaining time in office to undermine the peaceful and lawful transition of power.”

Because Trump refused to publicly condemn his supporters for going to the Capitol to protest the stolen election, Facebook deemed this a violation of its “community standards,” which require that everyone accept the stolen election results as if they were real.

“His [Trump’s] decision to use his platform to condone rather than condemn the actions of his supporters in the Capitol I think has rightly bothered and disturbed people in the U.S. and around the world,” Zuckerberg whined in one of the audio captures.

In what parallel universe were Capitol protesters treated better than BLM “protesters?”

Parroting what many in the mainstream media were claiming, Zuckerberg also commented to his colleagues that the protesters who converged at the Capitol were somehow treated better than the Black Lives Matter (BLM) “protesters” from back in the summer because of “white supremacy.”

“I know this is just a very difficult moment for a lot of us here, and especially our black colleagues,” Zuckerberg stated, going full politically correct. “It was troubling to see how people in this [Capitol] mob were treated compared to the stark contrast we saw during protests earlier this [past] year.”

It is unclear which BLM incidents Zuckerberg was referring to as none of them that this writer can recall involved anyone being doxed, fired from their jobs, or otherwise punished for burning down AutoZone and looting Target.

In fact, there were almost no repercussions for anyone involved with BLM riots, which is why they went on for months, spreading from city to city without consequence. Meanwhile, Trump supporters were present at one incident that went awry and all of them, including legislators and politicians, are being labeled “domestic terrorists.”

In a way, Zuckerberg is right. It is troubling to see how the Capitol protesters were treated in comparison to the BLM rioters because the latter were completely let off the hook for their crimes.

“What he really did was remove the decision-making capabilities of all Americans, and the right to hear both sides to make informed decisions,” wrote one Breitbart News commenter about what Zuckerberg’s actions did to destroy democracy.

“It also influenced the left by hearing only one side and their influence was so bad it became actual interference in the election,” this same commenter added. “They should be brought up on charges, but as usual with any left leaning organization, they get a free pass.”

More of the latest news about Big Tech censorship can be found at Censorship.news.